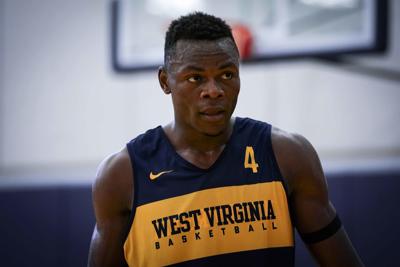 From Worst to First

From Worst to First

West Virginia basketball, fresh off a long, embarrassing 2018-2019 season, will go from last place in the Big 12 to first place in the upcoming 2019-2020 season.  Bob Huggins dealt with a variety of issues that led to his undoubtedly his most frustrating season in his long and illustrious career.  This year’s team, aptly known as “The Redeem Team”, is a completely different team and it’s very much a totally fresh start.

Gone are the players that caused a lack of cohesiveness and what remains are players that care, that put the team before themselves, that are Bob Huggins’ players through and through.  Jordan McCabe, Emmittt Matthews, Jr., Derek Culver and Jermaine Haley are key cogs from the end of last season and are team-first players.  Enthusiasm is an essential component to the proper functioning of any team but particularly for a Bob Huggins’ team, who demands best effort all of the time.

According to Huggins, the enthusiasm of his players has really stood out during practice so far:  “This year you don’t have to coach enthusiasm.  A year ago, we had to coach effort and basketball and it’s hard to do both.”

Every aspect of what has made Bob Huggins successful in the past is in place.  Oscar Tshiebwe and Derek Culver are the type of long, athletic bigs that prioritize rebounding are classic Huggins’ players.  Newcomers Tajzmel “Taz” Sherman, Miles McBride and Sean McNeil are tough guards that know how to win.  McCabe and Matthews, Jr. have reportedly grown physically and added to their already outstanding games since last season.

There is a depth to this team that West Virginia lacked last year.  The starting lineup will likely be Jordan McCabe at point guard, Jermaine Haley at the shooting guard position, Emmitt Matthews, Jr. at small forward, Oscar Tshiebwe at power forward and Derek Culver at center.  The bench is loaded with Sherman, McNeil, Miles McBride and returning players Brandon Knapper, Chase Harler and Logan Routt.

While West Virginia is on the rise, many of the top-tier Big 12 schools lost a lot of key players from last year’s teams.  The teams that will compete with the Mountaineers at the top of the Big 12 are as follows:

Baylor:  The Bears return several of their top players, including Tristan Clark and Mark Vital.  In addition, they added several talented transfers from the JUCO ranks (Freddie Gillespie, Davion Mitchell and MaCio Teague).

Texas Tech:  The Red Raiders lost their two best players in Jarrett Culver and Tariq Owens, but are coming off a trip to the National Championship and reloaded with Jahmius Ramsey and graduate transfers Chris Clarke and T.J. Holyfield.  In addition, sharpshooter Davide Moretti returns at point guard.

Kansas:  The Jayhawks will always be at the top or near the top of the Big 12 standings and this year is no different.  7’0 center Udoka Azubuike, who has been with the team for what feels like ten years, can be dominant if he can stay healthy.  In addition to Azubuike, they are loaded in the backcourt with point guard Devon Dotson and Marcus Garrett and in the front court with Isaiah Moss and Silvio De Sousa.

Although there are several tough, talented teams in the Big 12, there seems to be more question marks than answers for most of them this season.  The Mountaineers do not have many question marks right now and with the best coach in the league, there’s no reason why they shouldn’t be able to go from the last place team last year to the best team this year.