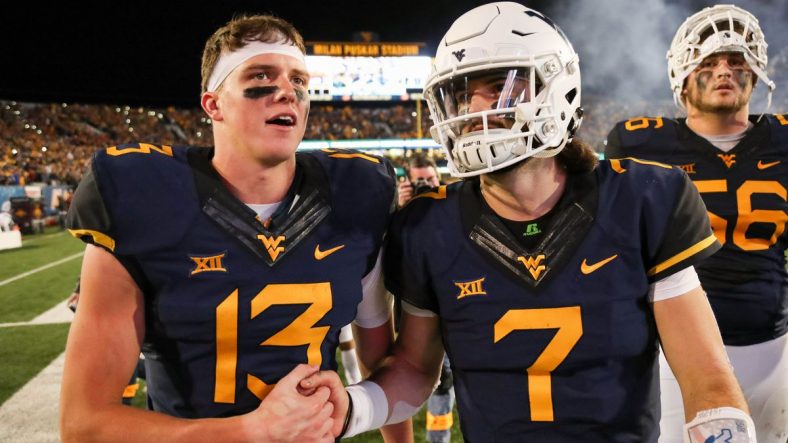 The Reese’s Senior Bowl will be played January 26 in Mobile, Alabama. Four Mountaineers have accepted their invitation to play in the game.

The accolades continue to pile up for the Mountaineer quarterback. After being snubbed when it comes to the Heisman presentation, Grier got the well-deserved invite to the Senior Bowl. It just so turns out he’ll have a few of his favorite offensive weapons along for the ride.

It’s only right that Grier gets to take his favorite target with him to the Senior Bowl. The converted quarterback has been a touchdown machine over the last two seasons. Wouldn’t it be great to see these two hook up for a touchdown in Alabama?

This Mountaineer tight end is oozing with NFL ability. He came on late in the year and has the measurables that the NFL scouts are looking for. Hopefully we can see him showcase his signature flex move in Mobile.

Cajuste did an excellent job of protecting Will Grier’s blindside all season. Many mock drafts have him going in the second round. The 6’5″ 310 pound monster is looking to improve his draft status even more with a strong showing in Alabama.