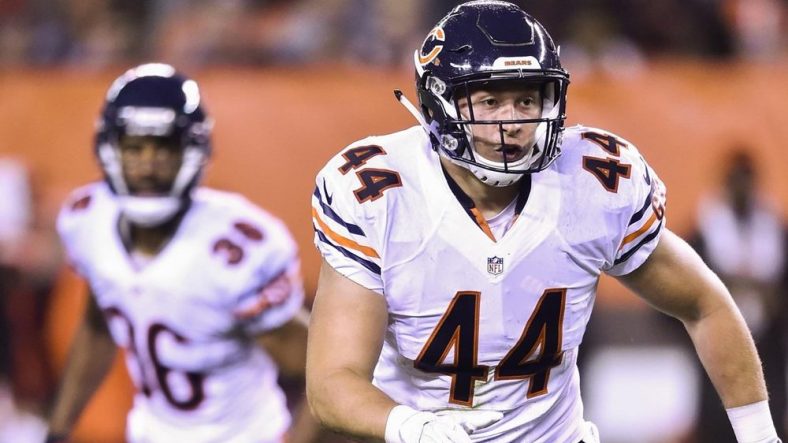 Former WVU linebacker Nick Kwiatkoski had a great game for the Chicago Bears. The Bears took down the Minnesota Vikings by a score of 16 to 6.

The fourth year linebacker led the Bears with ten tackles including nine solo stops along with a sack, a forced fumble and two tackles for loss.

In play where he didn’t receive any credit on the stat sheet Kwiatkoski blew up Dalvin Cook and collapsed the pocket on Kirk Cousins.

This wasn’t the only play where Kwiatkoski made life miserable for Vikings running back Dalvin Cook. He put the moves on Cook here and was able to get a sack of Cousins as well as a forced fumble.

Kwiatkoski was filling in for Roquan Smith. The Pittsburgh native filled in admirably as the Bears defense had one of their best efforts of the season in a win over the Vikings.

More Stories About WVU Players in the Pros

It’s good to see Kwiatkoski keep working hard and get his opportunity and take advantage of it. Great job, Nick! Once a Mountaineer, always a Mountaineer.