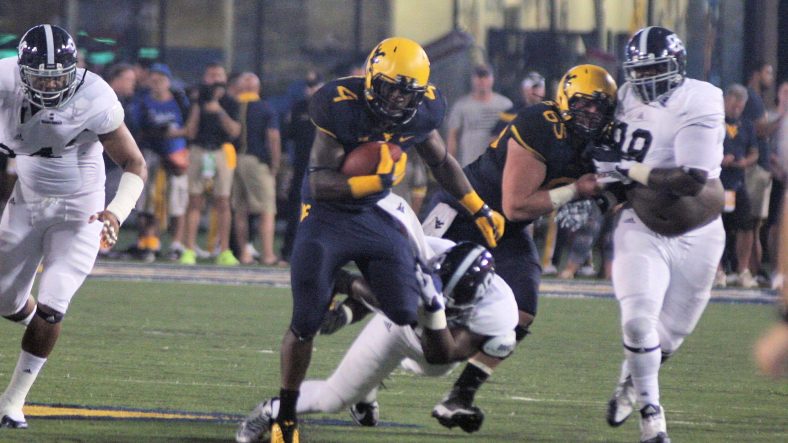 Former Mountaineer running back Wendell Smallwood was drafted by the Philadelphia Eagles in the 5th round of the 2016 NFL Draft. On Saturday the Eagles placed Smallwood on waivers and his run with the team ended after three seasons.

Just a day after the Eagles released Smallwood, he was granted an incredible opportunity when he was claimed off waivers by the divisional rival Washington Redskins. This gives Smallwood the chance to make the Eagles pay for moving on from the running back two times a year when the teams face off.

There’s even more to the story. Not only are the Redskins a divisional rival of the Eagles, but they also happen to be their week one opponent.

And how about this: With Washington playing at Philadelphia on Sunday, the Redskins claimed former Eagles' RB Wendell Smallwood on waivers, per source.

During his three seasons in Philadelphia, Smallwood started ten games. His most productive season was in 2018 when he rushed for 364 yards along with 230 yards receiving and had five combined touchdowns.

The former Mountaineer is a very solid NFL running back, he just happened to be a victim of a very crowded Eagles backfield. The Redskins realize this very quickly and acquired him very soon after he was placed on waivers by the Eagles.

The #Eagles have waived RB Wendell Smallwood, source said, the victim of a crowded backfield.

Smallwood is from Newark, Delaware, which is just outside of Philadelphia and will have plenty of friends and family in attendance, rooting for Smallwood as he takes on the Eagles who are not only the team that drafted him, but also his favorite NFL team growing up.

This is a great opportunity for Smallwood. Let’s hope he gets some sweet payback. Once a Mountaineer, always a Mountaineer.