Former Mountaineer Set to do Time Behind Bars 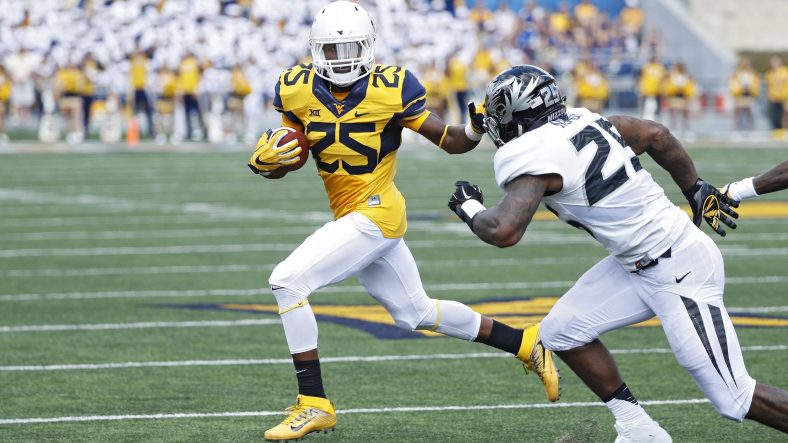 Former Mountaineer running back Justin Crawford continues his downward spiral as he was sentenced to 12 years in prison after pleading guilty to committing a sex act with a 12-year-old girl.

He was invited to camp by the Atlanta Falcons of the NFL, but was unable to make the roster.

There will be no more football for Crawford as he cut a plea deal that will keep him behind bars until he is 36 years old.

Back in October 2018 Crawford was arrested in Georgia. According to officials, he admitted to having oral sex and sexual intercourse with the girl. According to Crawford it was her idea.

Crawford was set to many more years behind bars until he worked out a plea with prosecutors on Tuesday at Muscogee County Court in Georgia. Crawford is to start serving his sentence very soon.

After flaming out with the Falcons in 2018, he had a short stint with the Atlanta Legends of the AAF, but the league quickly folded.