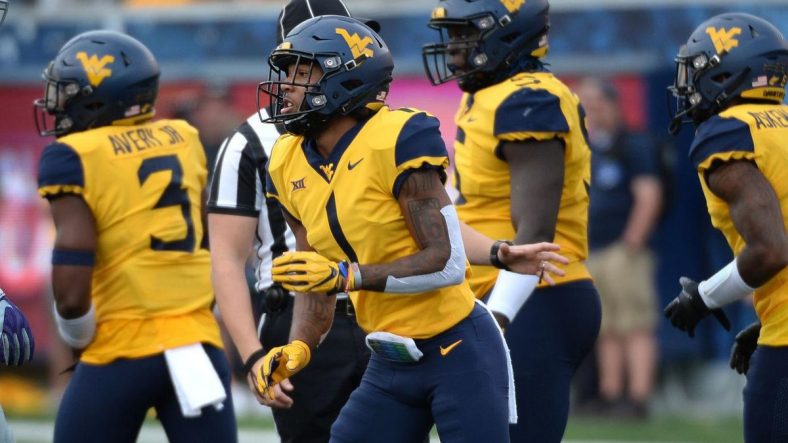 Marshall just added some depth to their secondary just days before the season starts. Former Mountaineer safety Derrek Pitts is eligible to play this season for the Thundering Herd, according to Jason Corriher, assistant athletic director for media relations at Marshall, per WCHSTV.com. Pitts has two years of eligibility plus a redshirt if needed.

Pitts starred at South Charleston High School, which is a little under an hour away from Marshall University. He was penciled in to start at safety for WVU so one must assume that he will get plenty of playing time at Marshall.

The former four-star recruit was the No. 1 recruit in the state of West Virginia in the class of 2017.

It was rumored that the reason Pitts was leaving the university was academic issues. Pitts took to Twitter to deny that.

During two seasons at WVU, Pitts appeared in 19 games, making 36 tackles, forcing a fumble and grabbing an interception which came in the Camping World Bowl. Pitts also had a 72-yard blocked field goal return against Iowa State.

When Pitts and Kenny Robinson Jr. decided to enter the transfer portal, the Mountaineers lost both starting safeties from the 2018 season.

All little brother jokes aside, we wish Derrek Pitts the best in Huntington. Once a Mountaineer, always a Mountaineer.