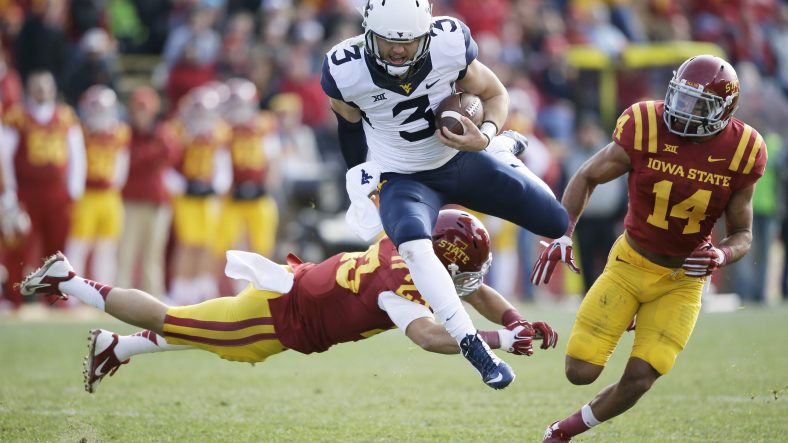 While former Mountaineer quarterback Skyler Howard never completely won over the WVU fanbase, this is a high character move by him. Howard took to Twitter to show support for new WVU quarterback Will Grier.

Remember Howard not only angered fans with some questionable play at times, but also made some remarks to irk Mountaineer fans.

Howard’s attitude was particularly questionable during the week leading up to last year’s Senior Day festivities. Per Register-Herald:

Another opportunity to get booed, walking out there with my mom … Senior Day is good — you know, for the guys who really feel welcome and at home, it’s good. The guys in our team room, that’s good to send the seniors off the right way.

Despite certainly dealing with some struggles as the Mountaineer quarterback, Howard was not lacking in confidence. That said, he is a Mountaineer and still supports his former team. The comments on Twitter leave no doubt that he wants to see the Mountaineers and new quarterback Will Grier succeed. The two were only on campus together for a few months, but they formed a nice bond that still exists.

Despite the loss, Will Grier made some impressions on those watching. He was recognized as the Big 12 Newcomer of the Week as a result of his play against the Hokies.

Howard is still chasing his dream of being a professional football player. He was signed and waived by the Seattle Seahawks in the spring, but he is still working hard to achieve his dream.

It’s good to see Skyler Howard step up and show support for his former team and teammates as they are set for the home opener at noon on Fox Sports 2.