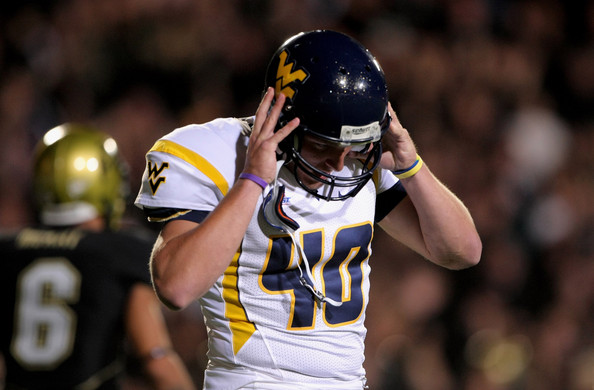 Former Mountaineer kicker Pat McAfee has left Barstool Sports and is now one of the hottest free agents in the sports media game.

While he was the punter for the Indianapolis Colts in early 2017, McAfee said his plan was to take over “the bum ass media that’s in sports right now.”

Media plays a gigantic role in our sport.. There’s just too many dumbass fanboys/girls in the profession right now.. not all, but A LOT https://t.co/7VFBipE9b7

Just a few weeks after making this statement, McAfee left the NFL for Barstool Sports. He said that his profession was wearing down his body and Barstool had already approached him about joining them when he was done with the NFL. From there things moved quickly.

His career in the sports media blossomed quickly. With Barstool he took on podcasts, video and blog posts.

In January 2018 he was added as a part of Barstool Radio on Power 85, which is a Sirius XM channel. Barstool founder Dave Portnoy said on this station the company could do “whatever the fuck we want.” McAfee’s show ran every week day from 10 a.m. to noon.

Unfortunately nothing lasts forever. On Friday McAfee took to Twitter to announce he was leaving Barstool and will be a free agent.

My time at @barstoolsports will be one I reflect upon fondly. Sometimes adult stuff gets in the way. I’m officially a free agent. pic.twitter.com/ON5KwnFzjc

After this was announced Portnoy stepped up and was very accountable for McAfee’s exit.

I love + respect Pat. I begged him to stay, but he’s got to do what he thinks is right for him. He’s a complex dude and he rightfully lost some trust in some of our business folks. Ultimately that’s my and Erika’s fault. It sucks to lose such a talented dude. Wish him the best https://t.co/nLCh1626oH

Sales and accounting. I’ll discuss when I’m not on a plane. But I certainly wouldn’t say it was intentional. It was a combo of multiple factors and I see multiple point of views. It’s like when a star feels like management doesn’t respect their contributions.That’s what happened https://t.co/9HGZqGaQbA

Nardini stepped up and took a stand-up, accountable approach to McAfee’s exit.

Pat is an exceptional person and talent. Being part of his transition from a NFLer to a mega-star was a real privilege. I wish this were different and there are things we have to do better here. That’s on me. I hope our paths cross again. https://t.co/UoxJ8kGgnA

It will be interesting where the former Mountaineer goes next and takes his following with him.