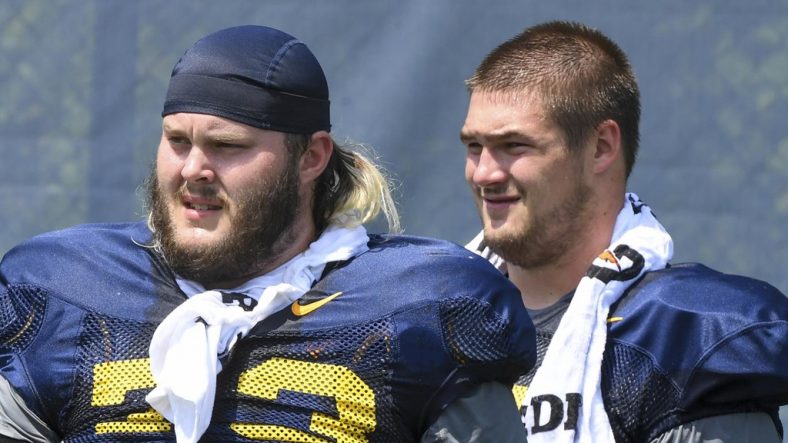 Offensive lineman Josh Sills was among the WVU players who recently entered the transfer portal. He spent four years in Morgantown and because of a medical redshirt, he will have two years of eligibility remaining.

During his time at WVU Sills started 22 games at guard. He received All-Big 12 accolades from several different publications during his sophomore year.

Turns out he will get the chance to line up against this old team. Sills took to Twitter to announce he is headed to Stillwater to play for Coach Gundy while completing his masters in agriculture.

There is an opening at left guard for the Cowboys with Marcus Keyes graduating.

Once upon a time, Sills questioned the process for Mike Gundy’s legendary mullet, claiming he puts too much effort into it.

West Virginia's Josh Sills says Mike Gundy looks like he puts too much effort into his mullet. "I just put a hat on in the morning and I'm ready to go." pic.twitter.com/QkLvZgtm1S