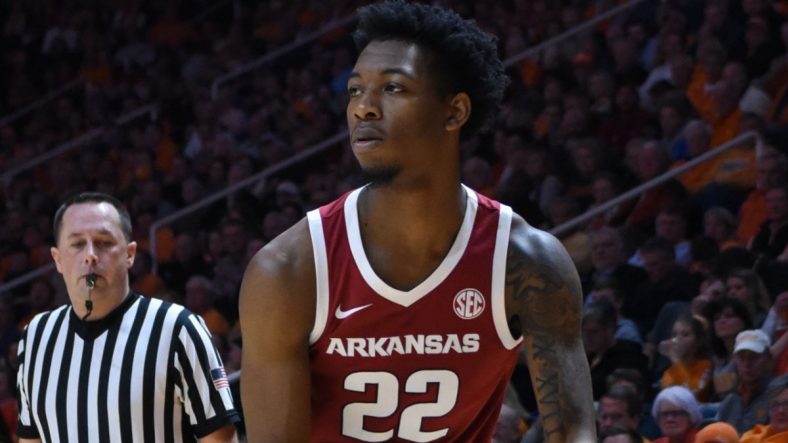 Gabe Osabuohien, a 6’8 Power Forward Little Rock, Arkansas, has announced moments ago that he will transfer to and play basketball for West Virginia University.  Osabuohien was recently dismissed from the Arkansas basketball team.  Arkansas Head Coach released a statement on Osabuohien, saying, “We have set a level of expectations for our student-athletes on and off the court.  After discussions with Gabe, it was decided that it would be best to part ways. We thank him for his time at Arkansas and wish him well.”

Osabuohien quickly found his new home after being dismissed last week.  He released the following statement:  “First of all, I would like to thank God for blessing me more than I deserve and bringing me this far.  I would like to thank my family for their support, the Arkansas Razorback basketball family and also thank Coach Ro Russell, and everyone that has been with me through this tough journey for all their tremendous support both on and off the court. Thank you to all the schools that reached out to me, but weighing all the factors, I am excited to announced that I am committing to West Virginia University where I will continue my academic and basketball career.”

Osabuohien has two years of eligibility remaining and will likely join the team next season.  Although he was dismissed from the Arkansas basketball team, it’s unclear what exactly he did to be removed from the team.  Apparently Coach Huggins didn’t think it was bad enough to not give him a chance and saw big potential in his game.