After Football Failures Can Huggins Pick Up WVU Fans? 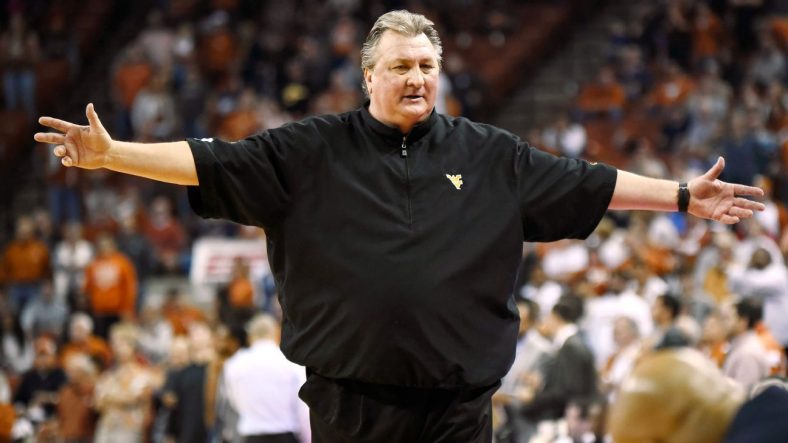 Needless to say, Mountaineer fans are down after the shellacking the WVU football team took against Oklahoma. After football failures, can Huggins pick up WVU fans?

Not many West Virginia fans expected a win in Norman with Will Grier sidelined. Sure he looked pretty cool rocking the sunglasses on the sideline, but it didn’t help the team much as the Mountaineers were destroyed. The issues ranged from poor tackling to bad penalties to dropped passes. This was a tough day for Mountaineer fans.

As usual after a tough loss, fans overreacted on social media. Many fans wanted the entire coaching gone. Others have had enough of Jake Spavital and Tony Gibson. Even Gibson admitted after the game that Dana Holgorsen should fire him.

Much like in the past, after a tough football season Mountaineer fans turn to Bob Huggins to bring them some joy.

As usual, the Mountaineer basketball schedule is loaded up with tough games on the front end of the schedule. The season tipped off in Germany against nationally ranked Texas A&M. WVU started the season on fire, blitzing A&M and taking a 20-7 lead. That was about all that went well for the Mountaineers. The Aggies took over and dominated the Mountaineers. Maybe this is just going to be a bad year across the board for Mountaineer sports.

Year after year, Bob Huggins’ teams get better as the year goes on and will be a factor come March.

On Sunday the Mountaineers took the championship in the Advocare Invitational. This game was similar to the Aggies contest early on. West Virginia jumped out to a big lead and blew it by halftime.

Early on the second half wasn’t much better. With under eight minutes to go WVU was down 16. Things were looking grim. At this point a pivotal play happened. While trying to anger Jevon Carter, Missouri guard Jordan Geist threw an inbounds pass of of Carter’s chest. Not a good move. This seemed to spark the Mountaineers. Then Press Virginia took over and the lead shrunk fast.

From there two straight steals from Carter led to points. Carter had a career-high 29 points in the win. Daxter Miles wasn’t far behind with 26 points including four massive free throws inside the final ten seconds to seal the victory.

During the stretch run, Press Virginia pressure got to the Tigers and led the Mountaineer comeback.

With the win West Virginia is 6-1 and their confidence is growing after the Advocare Invitational win.

Don’t forget there is still a bowl game left in the football season. There is reason for excitement with Kennedy McKoy leading the wildcat. There are still some reasons to follow the football team this season. That said, after a 7-5 regular season, the fans have moved their focus. It’s time to see what Coach Bob Huggins can do with Jevon Carter and the boys as he prepares them for a deep run into March Madness.