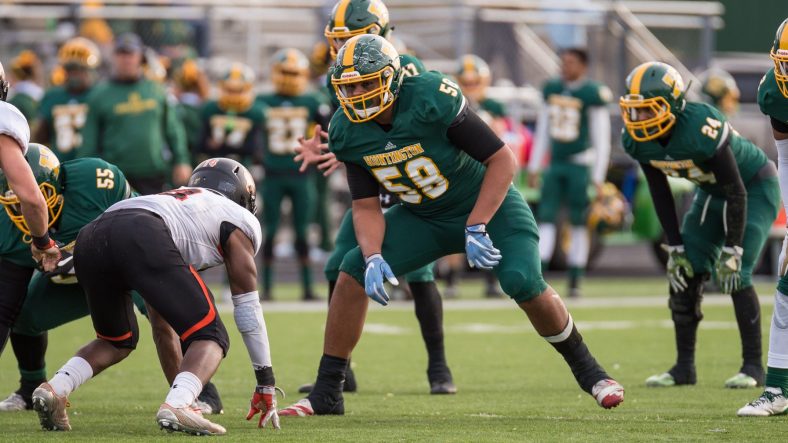 Darrell Wright of Huntington has had an offer from West Virginia since 2016. Despite not committing, the five-star in-state prospect is still considering West Virginia. The 6-6″ 290 pound two-way lineman played for Huntington High School. 247Sports ranks Wright as the No. 1 prospect in West Virginia. Additionally he is the No. 3 OT in the nation and No. 21 prospect overall in the country.

He received his Mountaineers offer in September, 2016.

Since West Virginia made their offer, a slew of offers have came in from college football powerhouses. Some of these include Alabama, Georgia, Oklahoma, LSU along with others. While speaking wiht WVU Wire, Wright said he’s still considering staying in his home state for college.

“I’m considering everything at the moment,” Wright said.

All things considered it’s going to be very difficult to land Wright. With this type of competition, Dana Holgerson has it work cut out for him when it comes to landing this five-star prospect. These are the kind of in-state prospects Holgorsen needs to land to help the Mountaineers take their next step and contend for a Big 12 title.

West Virginia has five commits in the 2019 recruiting class as of now.