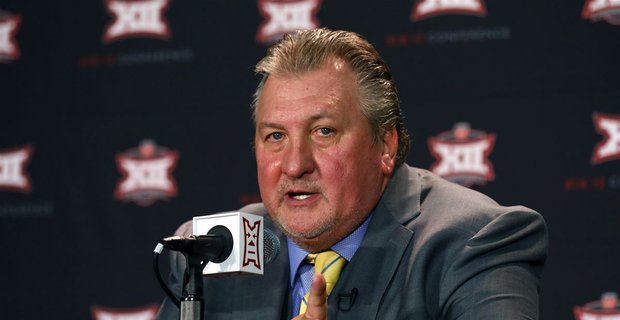 This year’s Final Four wasn’t packed with one-and-dones. It wasn’t jammed full of lottery picks and McDonald’s All-Americans. It featured some of the best defensive teams in the country.  There were tough, resilient teams battling it out for the national title. These teams battled through injuries, tough losses and players graduating and moving in during the offseason.

Bob Huggins’ team heads into the offseason looking for the same answers these four teams found in able to get to the Final Four.

“I just know this,” Mountaineer coach Bob Huggins said. “The difference between winners and losers is winners show up all the time. They don’t look for outs. They don’t say, ‘Wow, they’re making shots.’ They say, ‘That SOB’s not going to get another one on me.’ Not, ‘Wow, I’m dumbfounded the way they make shots.’ Try guarding them. See how that works. Don’t let him finish with his right hand when he’s right-handed. How about making rotations? Don’t stand and watch. We’ve got a lot of watchers. A lot of watchers.”

All four teams in the Final Four faced some serious adversity. Take Texas Tech for example. They were picked near the bottom of the conference after losing a huge portion of last year’s roster. But players stepped up and followed the lead of national coach of the year Chris Beard. Jarrett Culver was the Big 12 Player of the Year. Chris Mooney transferred in and was a steady offensive performer while being one of the best perimeter defenders in the country.

Look at Virginia. Last year they were the first No. 1 seed to lose to a No. 16 and spent the offseason being the butt of many jokes. But they buy into Tony Bennett’s system and worked their butts off to prove all the doubters wrong and are now national champions.

When you wake up National Champions. 🙌🎊#NationalChampionship | @UVAMensHoops pic.twitter.com/ckA7YRJ30o

Then there’s Michigan State, the team with the most high-end talent from this year’s Final Four. That’s not to say they didn’t battle through any adversity to get Tom Izzo back to the Final Four. They had two lottery picks that were a freshmen and a sophomore picked in the NBA Draft in June. their top returning player was lost due to an injury in December. Despite all of this, they got back to the Final Four and Tom Izzo called them the toughest team he’s had. And this is a guy who has had some tough teams. Oh yeah and they took down the Duke Blue Devils, led by mega-star Zion Williamson.

We also have Auburn. More had been made about the FBI scandal than their actual play on the court. At the end of February they were crushed by Kentucky by 27 points. Since then they went 12-0 to get back to the Final Four and crushed an incredible trio of blue bloods when they took down Kansas, North Carolina and Kentucky, despite a starter suffering a torn ACL in the win over the Tar Heels.

You don’t need a roster of one-and-dones to win the NCAA Tournament. The one-and-done era peaked in 2015 when Duke won the national championship featuring three star freshmen who would enter the draft. Kentucky was the favorite for most of the year, with three one-and-dones, but came up short with a loss to Wisconsin, leaving them just two wins shy of an undefeated season.

Bob Huggins addressed the kind of heart that is needed to succeed in March.

This season the Mountaineers showed some heart, but it was at the end of the season and it was far too late. Ultimately, the season ended with the team getting their doors blown off on their home court by Coastal Carolina.

This was a team that started out the season ranked No. 13 nationally. The talent was there. Sure, players graduated and the team was faced with adversity, but so were the teams in the Final Four. The different is the way those teams responded when adversity hit.

Will next year’s team be any different? Like all of the coaches in the Final Four, Bob Huggins has a system capable of getting WVU back to the Final Four. Huggy Bear knows what it takes to get there. Will it happen? Time will tell, but the odds are long after the way this season went. But don’t count Bob Huggins out. His number one goal is to get a championship before he’s done.