Fighting back in Fort Worth: 5 plays that made a difference 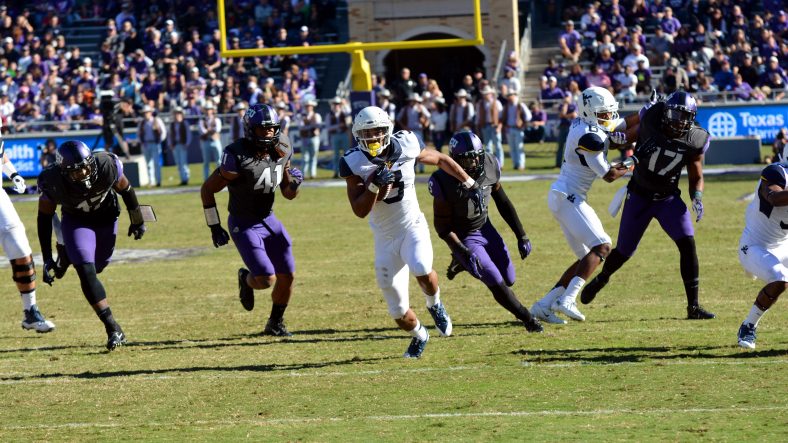 The officials in this one seemed very questionable too.
Check it out:

A deeper look at five plays that loomed large as West Virginia edged TCU 30-27 in overtime:

Sims’ scoring burst was an easy jaunt through the left-side gap created by tight end Cody Clay blocking down on the defensive end and pulling guard Mark Glowinski locking up a linebacker.

“The end crashed down, so I followed the (pulling) guard, and the hole just came wide-open,” said Sims, who finished with 154 yards on 24 carries, both season-highs.

2. Clint Trickett’s pick-six erased by holding penalty on TCU’s Jason Verrett.
Frogs linebacker Chris Hackett picked off Trickett’s worst pass of the day and returned it 37 yards for a would-be touchdown. But a few yards away from the spot of the turnover lay a flag, where Verrett was ruled to be holding receiver Kevin White, who was not making a play on the underthrown ball.