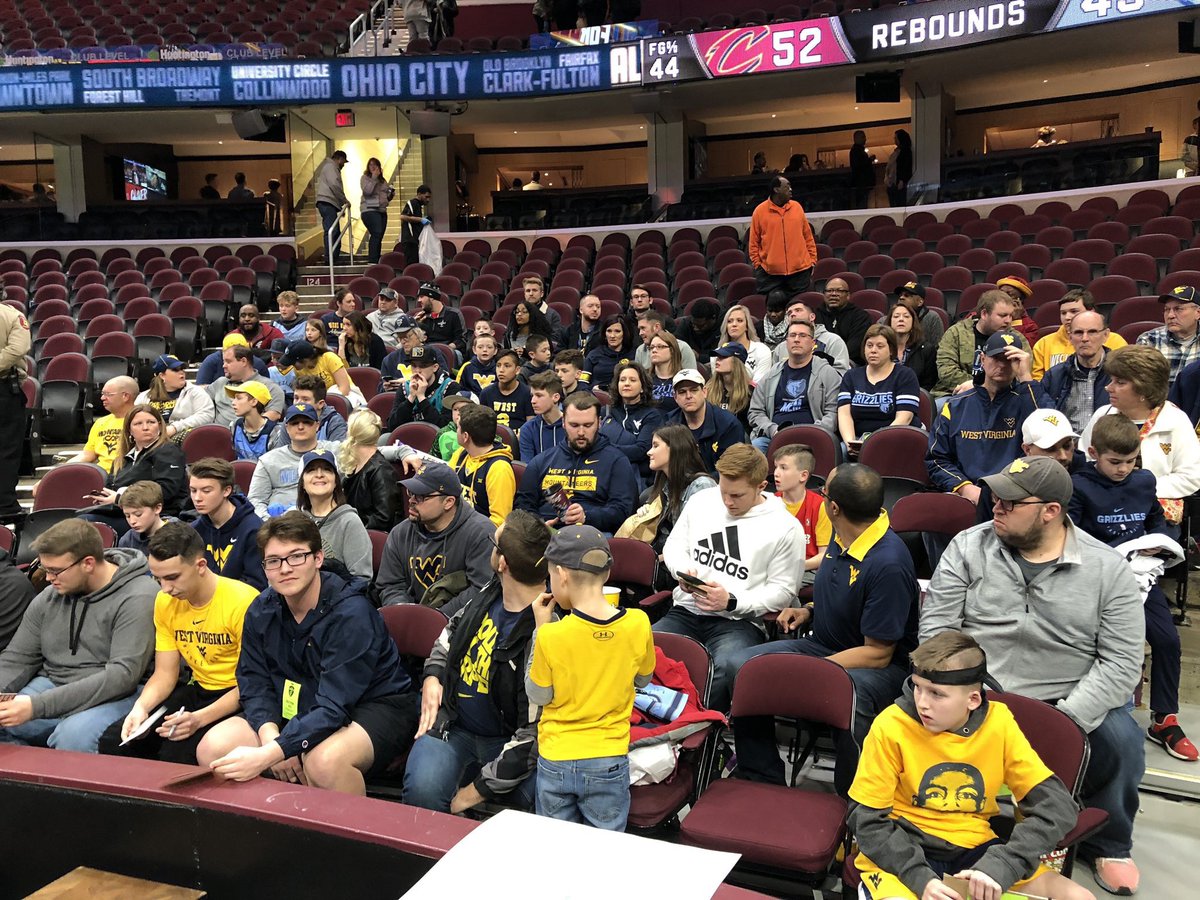 There are fans and then there are Mountaineer fans. WVU fans traveled to Cleveland to see Jevon Carter play against the Cleveland Cavaliers. Then after the game they waited for him to come back out and greet them.

All there for Jevon Carter.. keep in mind this is a 2nd round draft pick who didn’t play a minute tonight that these fans made the trip for.. No other fan base is doing that.. No other fan base like the Mountaineer Faithful! #HailWV pic.twitter.com/18LM0ncOM0

Of course JC did not let his fans down. He went back out and signed autorgraphs and and greeted the Mountaineer faithful. According to this tweet a teammate of Jevon’s was heard saying, “I went to the wrong school.”

Carter did not even get into the game, but that did not matter. His fans still waited for their chance to share a moment with their Mountaineer hero. And of course the Mountaineer legend delivered.

Earlier this week JC was in Morgantown during the all-star game and popped in during the broadcast of West Virginia vs Kansas State on ESPN. Of course he got some work in while he was at the Coliseum.

Got to see one of my all-time favorites in ⁦@Big12Conference⁩ today ⁦@WVUhoops⁩ practice, ⁦@memgrizz⁩ Jevon Carter. No surprise that he was working out during @nba All Star break. pic.twitter.com/E1SwBgdxCy

Jevon Carter is a proud Mountaineer and takes opportunity he gets to show it.