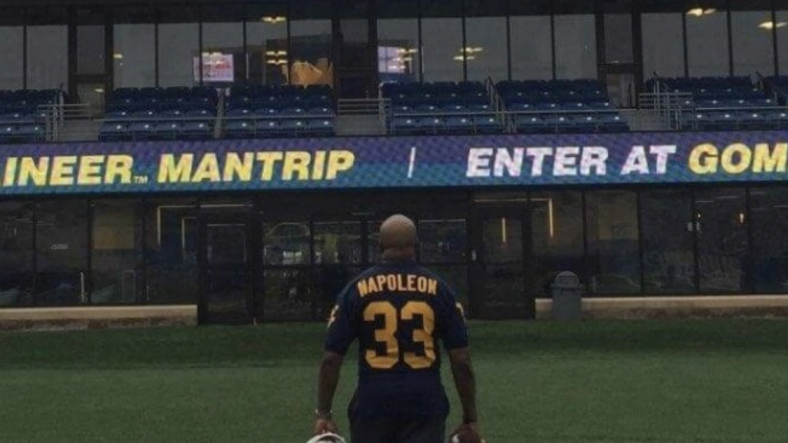 Eugene Napoleon is known for many things: he’s CEO and manager of Nap Vision Entertainment to music fans; he’s Mr. Napoleon to his students in Linden, New Jersey; he’s Keynote Speaker to thousands of people that have been motivated and mentored by him; but most West Virginians know him for being one of the best running backs in WVU history, the punishing runner behind Major Harris on their way to an undefeated regular season in 1988.

It started in Jersey City, New Jersey.  The youngest of seven children, Eugene was brought up by his mother to believe that he could be successful no matter the adversity he faced.  Eugene has always been ultra-focused and, even at an early age, knew exactly what he wanted. As a child, he wanted to go to college, to play football, and his own company.  He also wanted to give back somehow. His mother was always very supportive and came up with a blueprint to help make his dreams come true.

His mother was his hero, but on the field Tony Dorsett was his role model.   Despite being named to seven All-American teams out of high school and having every major college program knocking at his door, Eugene enrolled at Pittsburgh University, his dream school, to begin his collegiate career, following in the footsteps of Dorsett.  From the beginning, Pitt did not feel right. He could not stay there and immediately started looking at other schools. When he arrived in Morgantown, WV, it just clicked, so he transferred to the team on the right side of the “Backyard Brawl.” Don Nehlen ran a football program that had old school values, character and morals in place.  Eugene admired and wanted to be a part of Nehlen’s team. West Virginia opened its arms to him. 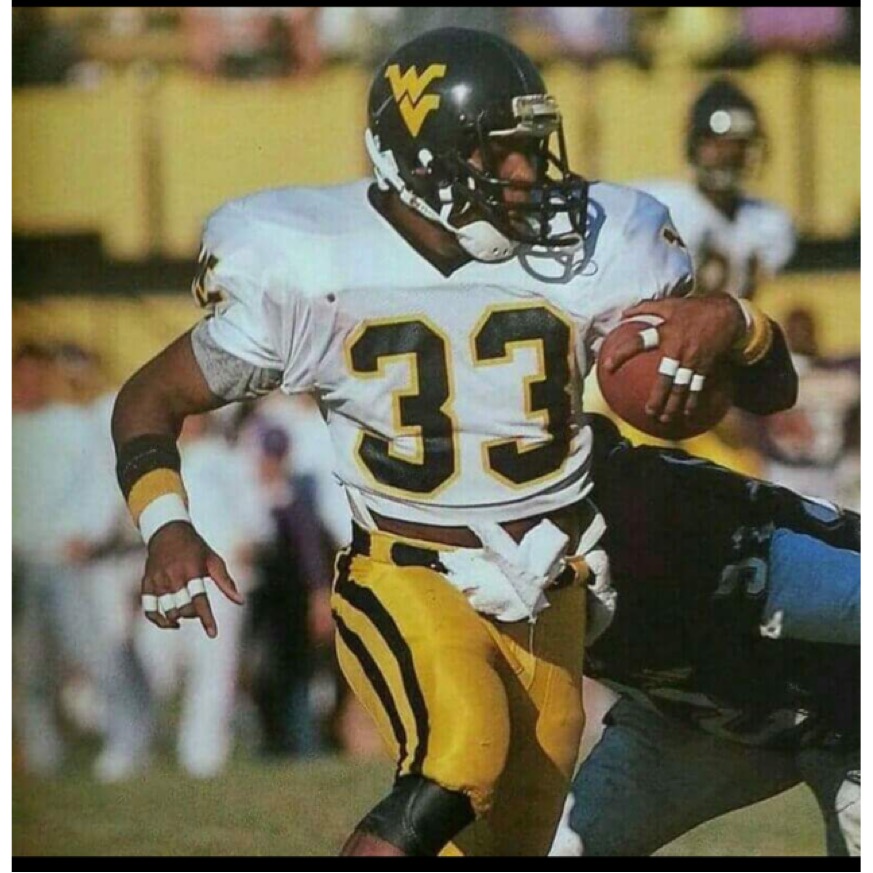 Eugene Napoleon had a sensational career at WVU including rushing for 1,001 career yards and six touchdowns, catching 16 passes for 173 yards and a touchdown and returning kickoffs for 573 yards and one 94-yard touchdown.  He peaked in 1988 when he was a integral part of the undefeated team that went on to play Notre Dame in the National Championship game. Eugene told me he has many fond memories of his time at WVU:

In his upcoming documentary, “Inside the Jersey”, which will be released late March/early April 2019 on 11 major platforms (Apple TV, Roku, Verizon, Amazon Prime, XBOX, Xfinity, Pluto TV, VRV, Android, iOS and iTunes), he documents his time at WVU which really helped shape him as a human being.  “This is my way of saying thank you to West Virginia University, to the people of West Virginia, to the whole fan base. They were rocking with me while I was there and they’re still rocking me with all these years later. My time at WVU was very special and so this documentary chronicling my years there is very important to me.  I’m very passionate about letting people know how significant West Virginia has been to me. This is a look back on my time at WVU, how I got there, and all of the memories I made while there.” There will be a movie premiere in Morgantown, WV, “God willing”, on March 22nd.

“Inside the Jersey” Documentary Poster 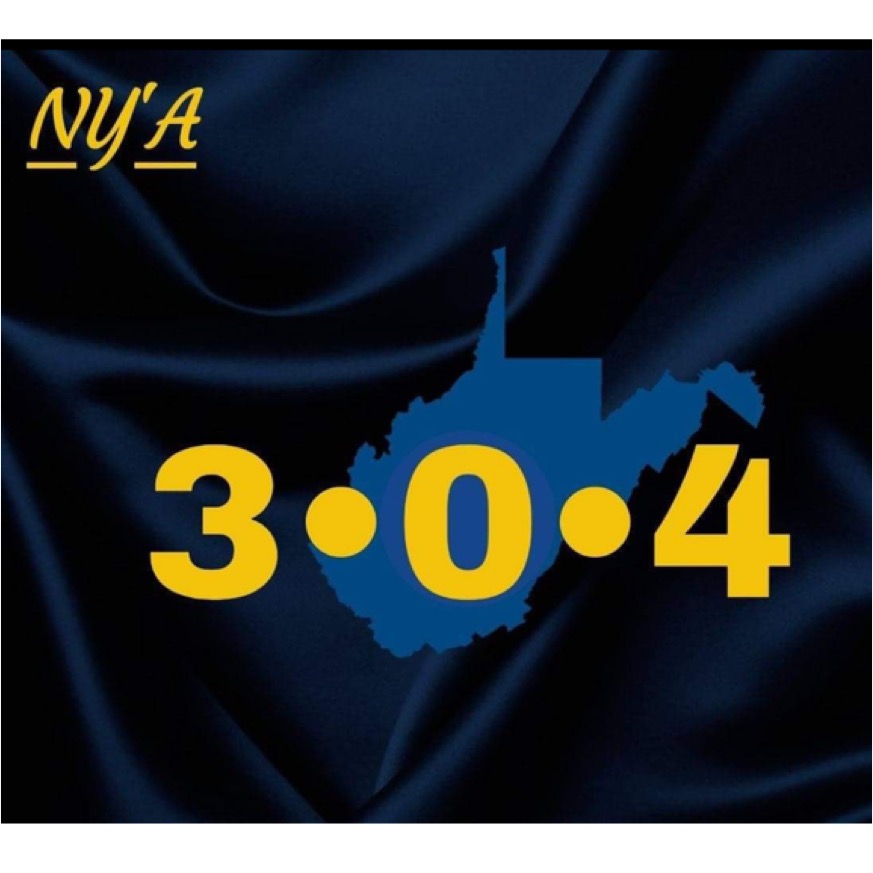 Eugene Napoleon loves West Virginia.  He is still a diehard fan of the Mountaineers and visits Morgantown as often as possible.  He stays in touch with Major Harris, Don Nehlen, Reggie Rembert, and many of his former teammates.  He’s particularly fond of new WVU Head Football Coach Neal Brown. “He has a strong foundation of faith, character, morals, values,  and he’s going to run a good program. He’s going to hire coaches and recruit players with the same value system.” According to Eugene, “you win with character.”  Has Neal Brown reached out to him?

The goals Eugene Napoleon made for himself along with his mother at age 7, in Jersey City, NJ,  have come true. He went to college, he played football, he owns his own business, and now he’s giving back.  His mother, looking down from the heavens above, must be so proud of her son. What makes Eugene Napoleon so beloved in this state is that he shares the traits that all hard-working West Virginians can get behind: discipline, heart, passion, desire to be the best.  Every time he came through the tunnel, he left everything he had on the field. The people of West Virginia will always appreciate that. He says he shares the same sentiments for West Virginians that we share for him:

Eugene Napoleon is a middle school Special Education teacher, working with 6th, 7th and 8th grade behavioral disability students.  He’s been in the music industry for 23 years, managing his wife, Ny’a, and Grammy Nominated Producer, Kenny Black “The Music Machine.”  He is also a Keynote/Motivational Speaker.  “God is amazing, and I am grateful for all of his many blessings.” – Eugene Napoleon