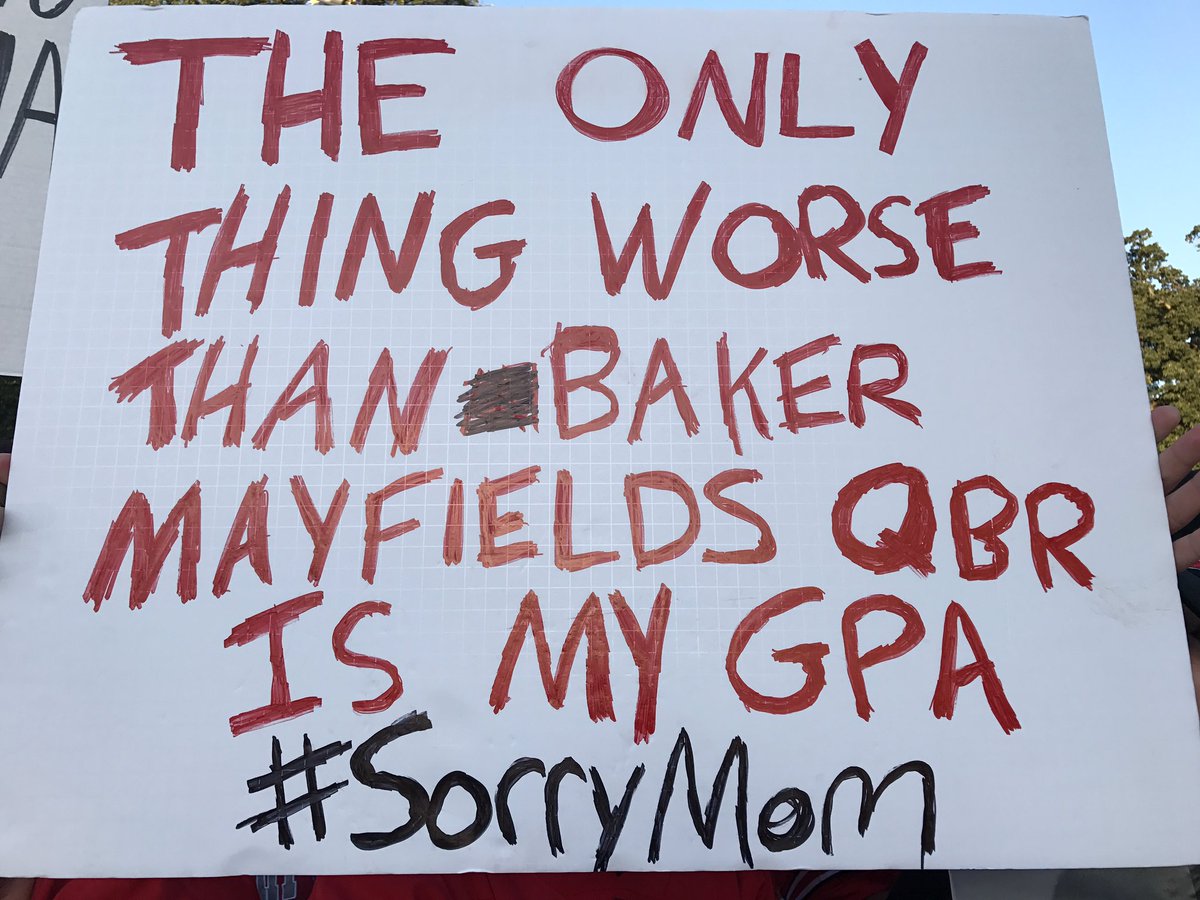 This week presents a special opportunity as these signs will be targeting Baker Mayfield along with the Sooners and Buckeyes, who I can’t name one good thing about. Here are ESPN College GameDay’s best signs for week 2.

Who doesn’t love taking a shot at Oklahoma’s lack of success in the NCAA playoffs? Count this guy in.

It’s fun to take shots at the rule-breaking Buckeyes. This guy has the right idea.

This is getting out of control pic.twitter.com/7jug0CD4x0

At least he tried.

You gotta love this one.

You should try studying dude pic.twitter.com/itYXvvoeaZ

These fans use the format made popular by Hunter Pence.

And the grand finale, my personal favorite.

I for one stand with Lincoln Riley!!!! Bidet's allow us to not have to clean poop with our hands but with water which doesn't give u a rash pic.twitter.com/D1hi0bAFPe