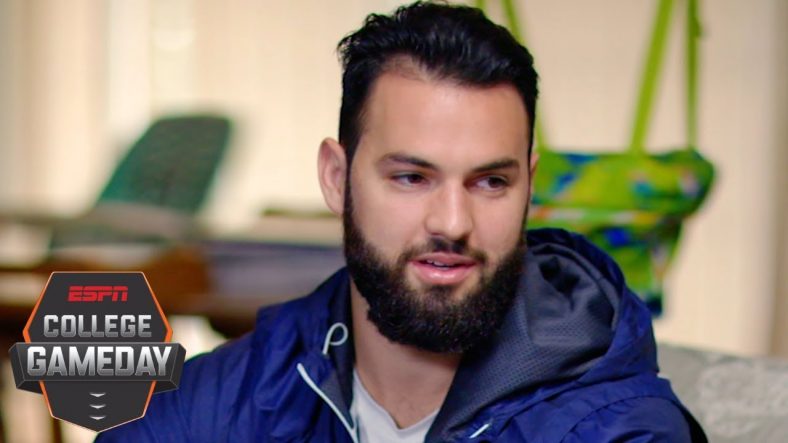 ESPN College GameDay did a feature on Will Grier that showed he is much more than the Mountaineer quarterback and a Heisman hopeful. It also showed that he is a father, a husband and in non-WVU circles, the least famous of three brothers.

In West Virginia’s blowout win over Kansas State, Grier threw for 356 yards and five touchdowns. It was the fifth time Grier has thrown five touchdown passes in a game.

So far Grier is ranked No. 2 nationally in passing efficiency, No. 3 in completion percentage and passing yards per game, No. 4 in total offense, No. 5 in passing touchdowns.

Saturday Will Grier and the Mountaineers face their stiffest test of the 2018 season when they head to Lubbock to take on the nationally ranked Texas Tech Red Raiders. Grier’s offense should be firing on all cylinders as usual, but it will be very interesting to see how the young Mountaineer defense stacks up against the most dangerous offense they’ve faced all season.

Last year’s game against Texas Tech in Morgantown was a memorable game for Grier and the Mountaineers. Grier brought West Virginia back from an 18-point deficit and threw four of his five touchdown passes in the second half as West Virginia defeated the No. 24 Red Raiders by a final score of 46-35.

The game will kickoff at noon on Saturday and will be televised by ESPN2.