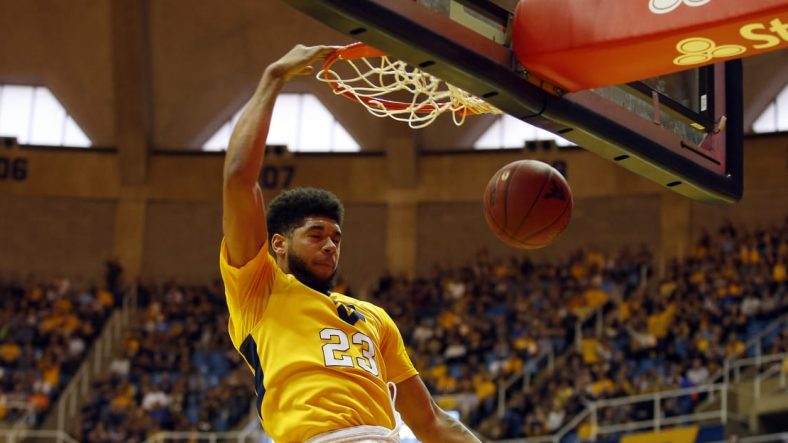 Crazy to think the Mountaineers have not been at full strength in their rise to No. 2 in the polls. Now Esa Ahmad returns to the lineup. Despite ripping off 15 straight wins and being the only Big 12 team undefeated in league play, the Mountaineers have been without on of their best players.

Ahmad was serving a half season suspension. The junior has started 66 games in a Mountaineer uniform. He comes back just in time as the Mountaineers have a top ten showdown Saturday on the road against Texas Tech.

The West Virginia University Department of Intercollegiate Athletics has received confirmation from the NCAA that basketball forward Esa Ahmad will be eligible for competition starting with WVU’s game at Texas Tech on Jan. 13. pic.twitter.com/2j8xU4ZBGS

Going into Tuesday Texas Tech was tied with the Mountaineers in the Big 12 standings. The Red Raiders were taken out by Trae Young and the Oklahoma Sooners. Trae Young put up 27 points to lead the Sooners to a bounce back win.

That same day the Mountaineers grinded out a tougher than expected win over Baylor. It took a late 3-pointer by Jevon Carter and an open miss at the buzzer by Baylor’s Manu Lecomte.

The addition of Ahmad to the lineup makes an already deep team even deeper. Wesley Harris will be pushed to the bench.

Bob Huggins is confident Ahmad is ready to roll.

“He’s played well in practice is all I know,” Huggins said.

Huggins thinks he’s ready to step right in and make an impact.

Huggins wasn’t short on praise when it comes to Ahmad. He’s very confident in his abilities.

“The thing I like most about Esa is he knows how to play,” Huggins said. “He may not be at the top of his game come Saturday, but it won’t be long after that he will be. He’s the best rebounding small forward in our league, not even close.”

Rebounding help appears to be needed as the Baylor Bears just took it to the Mountaineers on the glass  with a 44-38 advantage.

Count Lamont West among those who are fired up to see Ahmad back.

Esa Ahmad returns just in time and will be put straight into the fire. The Mountaineers take on two ranked opponents in a row. After the Saturday game at Texas Tech, the Jayhawks will be in town for a 9 p.m. Big Monday contest.