Esa Ahmad Declares for the NBA Draft, Will Not Hire Agent 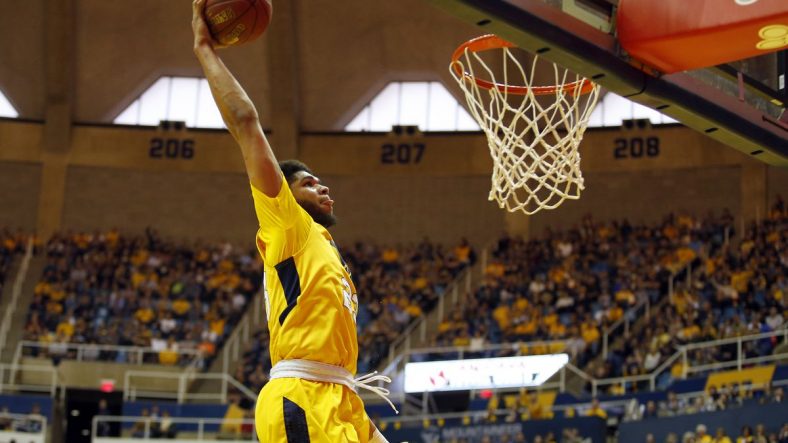 Esa Ahmad is following the lead of Sagaba Konate. He will enter the 2018 NBA draft, but will not sign with an agent, according to the WVU Athletic Department.

Since he is not hiring an agent, Ahmad will be able to return for his senior season. This allows him to enter the NBA combine and see where he stands when it comes to becoming an NBA player. Remember, Sagaba Konate also declared and is not hiring an agent. They both have until May 30 to decide whether or not they are actually going to be in the NBA Draft.

“Just like Sags (Sagaba Konate), Esa will go through the NBA Draft procedures in a systematic and professional manner by exploring the situation. Numerous college basketball players are testing the waters, gaining valuable feedback and leaving open their option to return to school,” coach Bob Huggins said.

During his junior year, Esa Ahmad averaged 10.2 points and 5.5 rebounds per game.

In my humble opinion, it’s not very likely that Esa Ahmad stays in the NBA Draft. Going into his junior season, he had a great chance to make the leap to becoming a player that would be drafted. With his suspension, combined with not much, if any at all, improvement, it is highly unlikely an NBA team would use a draft pick on Ahmad.

That said, would another season at West Virginia increase his draft stock anymore? Perhaps he has come to terms that he is going to be playing in Europe. There is still a good possibility to make plenty of money playing basketball overseas. That said, normally players in this situation use all four years of eligibility. All things considered, I feel pretty confident Esa will be back in Morgantown for his senior season.