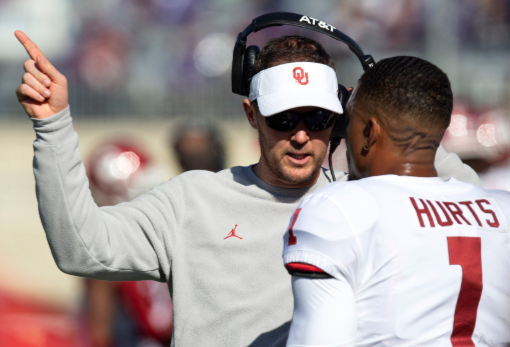 The Oklahoma Sooners took their first loss of the season to the Kansas State Wildcats by a final score of 48-41.

Kansas State takes it away from Oklahoma on a trick play! pic.twitter.com/XBNpF3Thm8

Kansas State came out firing in the second half, scoring the first 24 points, extending their lead to 48-23.

The Sooners roared back and had a shot to get the ball back down seven with an onside kick. It initially looked like they recovered it, but after a review it was determined the Sooners touched the ball before it went ten yards.

Oklahoma was this close to recovering the onside kick ?

Call was overturned due to illegal touching pic.twitter.com/scCSgBDWFc

West Virginia still has a trip to Manhattan left on the schedule on November 16.

The win by the Wildcats certainly shakes up the Big 12 standings. Many teams have been brought back into the picture for a shot at a trip to the Big 12 Championship Game.