Don’t Sleep on This Incoming Freshman 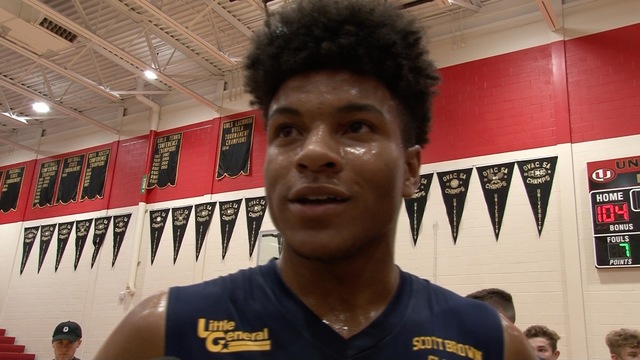 Bob Huggins landed his first McDonald’s All-American since taking over the Mountaineers basketball team in the class of 2019, Oscar Tshiebwe. While “The Big O” definitely deserves all of the hype he’s getting, you definitely don’t want to sleep on another incoming freshman: Miles McBride.

Bob Huggins expects “Deuce” McBride to come in and make an immediate impact.

Huggins had a lot of praise for McBride. “I wouldn’t be afraid to put him on any of the threes we’re gonna play,” Huggins said while talking up the versatility of McBride.

“He’s so competitive. He’s got toughness. He’s a guy we can move around and play.”

That sounds like a Bob Huggins type of guy. Normally the toughness is something Huggs instill after the player arrives at WVU, so it’s interesting to see what kind of role he will start McBride out with.

“All of the guys here have taken me in and treated me like their little brother,” Deuce said talking about how he’s getting acquainted in Morgantown.

With Jordan McCabe and Brandon Knapper running the point it looks like there is going to be an array of options on the wing with Emmitt Matthews Jr., Jermaine Haley and Chase Harler already established in the rotation and McBride, Taz Sherman and Sean McNeil set to join them, this Mountaineer certainly has the potential to have some serious depth. Something that was sorely missing last season.