Do You Remember WVU’s Last Upset Before This Past Weekend? 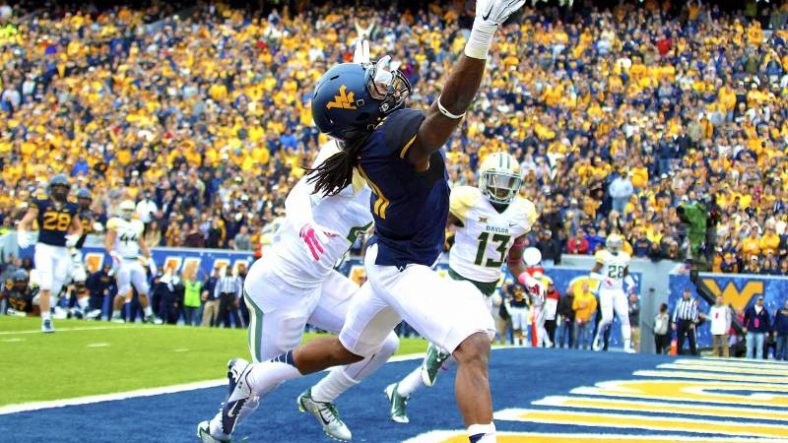 Heading into this weekend, we discussed how West Virginia was on a ten game losing streak in games they were the underdog according to Vegas oddsmakers. The Mountaineers came up with a great performance and dominated the NC State Wolfpack by a score of 44-27.

Coach Neal Brown made some great adjustments on offense, leading to Austin Kendall getting the ball out of his hands quicker. Additional to that, the running game was able to get on track. Coming into the NC State game, West Virginia had one of the worst ground games in the country. Against the Wolfpack, WVU gained 173 yards on the ground on 28 carries.

After pulling off the upset against North Carolina State, it made us want to go back into the archives and take a look at the last time West Virginia won a game as an underdog.

You have to go all the way back to the 2014 season. WVU took down No. 4 Baylor by a final score of 41-27. Baylor came into that game with a sparkling 6-0 record before they ran into the buzzsaw that was Clint Trickett. Trickett threw for 322 yards and three touchdowns. Kevin White had 8 catches for 132 yards and two touchdowns.

As you can see, the Mountaineers had been coming up short on their attempts for upsets. Until Saturday. The Neal Brown era is going to lead to more of these signature wins until they are no longer considered upsets and we just think of it as Coach Brown and the Mountaineers taking care of business.

More Stories on the Win Over NC State:

In their next game, West Virginia takes on Kansas. They opened up as seven point favorites on the road against the Jayhawks.