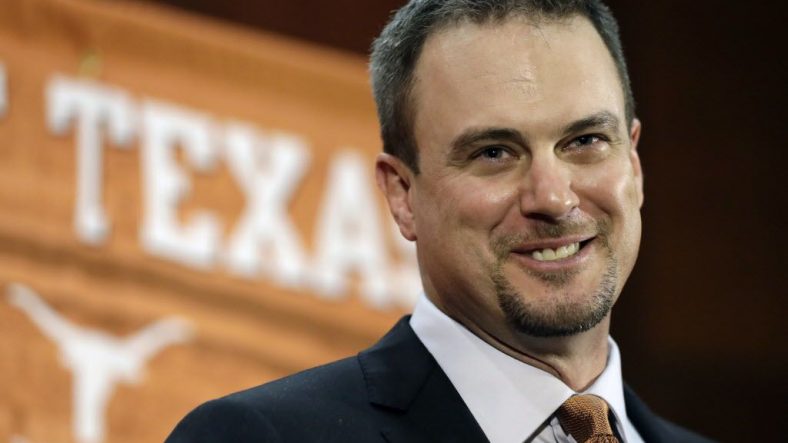 Tom Herman has been a part of scandal after scandal during his time as a Head Coach and as an Assistant Coach at Iowa State and Ohio State.  This dirtbag has literally run the gamut of every gross, sleazy thing one could possibly do as a coach in college football.

As the Offensive Coordinator and Quarterbacks Coach at Iowa State, Herman was rumored to have cheated on his wife with a “recruiting girl.”  This was exposed by Zach Smith. the former Ohio State wide receiver’s coach, who worked with Herman while in Columbus.

Hey @CoachTomHerman – remember when you told me about when @belletjh caught you cheating on her with an Iowa State recruiting girl?? Lmao… I do. ????

Smith also accused Herman of cheating on his wife multiple times, including witnessing him at an Asian massage parlor.

Hey @Brett_McMurphy – report this. I witnessed Tom Herman cheat on his wife (@belletjh ) several times… once at an Asian massage parlor… and just texted him that I’m done protecting him. We gonna be “honest” now!? Or nah… LMAO

Remember when you were with an a Asian massuese? Because I dooooooooo…. @CoachTomHerman – you’re the biggest snitch alive… and also the biggest hypocrite alive. Anyone wanna know all that I know about Tommy Boy? Contact me. Lmao pic.twitter.com/L9x4bJ19ii

Herman isn’t doesn’t just questionable morals and poor character, he also is a guy that clearly will win at all costs.  During his time as the Head Coach of Houston, he put his players through a military-style bootcamp, waking them up at 4:30AM each morning for intense training.  Herman, only concerned about winning and losing, created competition between his offense and defense during these drills and winners and losers were declared.

According to a 247 report, you didn’t want to be a loser.  “When those 4:30 a.m. practices ended, the Cougars would head to breakfast as a team. Winners were rewarded with a buffet of appetizing options. An omelet bar, chicken and waffles or a giant trey of fruit, they could have it all.  The losers ate last, and the menu changed. They were handed a spoon to feast on watered down eggs and half-burnt biscuits.”

In addition to that, he is perhaps the only Head Coach of a major college football team to openly mock an opposing player.  During the 2017 Texas Bowl against Missouri, Herman led and participated in the most unsportsmanlike, unprofessional behavior in the history of college football history.  Drew Lock, Missouri’s then-starting quarterback, celebrated following a touchdown pass against the Longhorns.  Herman, along with several players, took offense to that and Herman decided that it was appropriate to openly mock Lock after the Longhorns eventually scored a touchdown and won the game.

While there have been no allegations of recruiting violations yet, it wouldn’t be surprising if that was in Texas’ future.  Tom Herman only cares about Tom Herman and he will literally do whatever it takes to win. While that isn’t necessarily a bad thing as a Head Coach, his flawed character and constant whining, complaining and crying makes him one of the most unlikable figures in college football today.