Did JoVanni Stewart Quit on the Team After Being Beat Out by a Freshman? 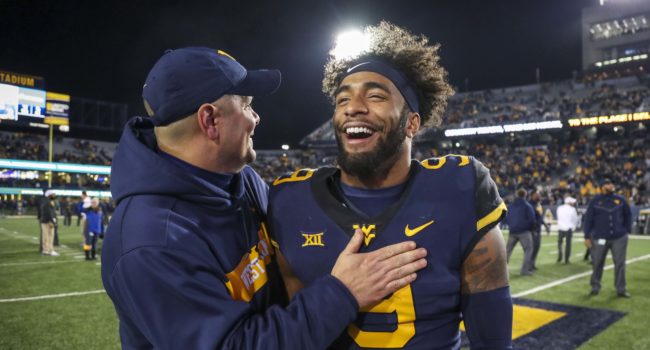 Senior Mountaineer JoVanni Stewart has decided to move on and sit out the remainder of the season and enter the transfer portal. During his junior year he started at outside linebacker for WVU. This season he started at spear.

Rumors have been swirling that JoVanni Stewart was actually beaten out for the starting spear position by freshman Tykee Smith. Stewart sat against Texas for “personal reasons” and eventually decided to move on from the program. We’ll never know exactly what those personal reasons are.

The way Coach Brown declined to comment on the four-game transfer rule was very interesting.

Neal Brown explains why senior safety JoVanni Stewart will no longer play for @WVUfootball, and why he isn’t ready to comment on a developing trend in college football where upperclassmen elect for a redshirt four games into a season, likely with intent to transfer. ? pic.twitter.com/DpBkqp6oBX

Smith was a three-star recruit and is a true freshman and leaped four-star recruit redshirt fresman Kwantel Raines.

Rumors are just that, but the fact that a true freshman was pushing a senior and a four-star recruit with an extra year of experience for playing time and now has leaped both of them is very encouraging.

Coach Brown on the performance of freshman Tykee Smith…

In his first start against the Texas Longhorns, Smith had five tackles including three solo stops.

No matter the reason Stewart decided to move on from WVU, he had a good run as a key player on the Mountaineer defense. Last season his versatility was extremely valuable as he was able to fill in as an outside linebacker at 5’9″ 195 pounds.