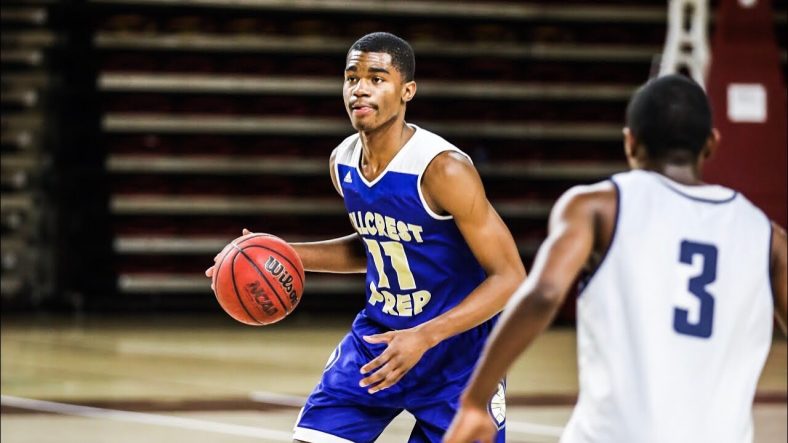 West Virginia University was expected to be the favorite to land Devan Cambridge, a 6’6 215 pound small forward from Hillcrest Prep in Phoenix, Arizona.  However, he had a tremendous performance recently at the Peach Jam in Augusta, Georgia and gained interest from several top schools lately including Auburn, Georgia Tech, Oregon, Vanderbilt, as well as Austin Peay, Brown, Campbell, East Tennessee State, Furman, Miami (Ohio) and Western Kentucky.

Cambridge is a 3 star prospect, but is very much on the rise.  Although a bit raw still, he is an athletic freak.  Brandon Jenkins, the lead writer for Prep Hoops, described Cambridge as “one of the most athletic players I’ve seen at the Peach Jam.  He put on a show and played above the rim with flare.  He also knocked down a couple of threes off the catch and was very fun to watch!”

Auburn’s Head Coach Bruce Pearl was in attendance for the Peach Jam and heavily recruited Cambridge to Auburn.  Cambridge reportedly “fell in love with” and verbally committed to Auburn University.

However, Auburn’s men’s basketball program expects to receive a notice of allegations from the NCAA and could face more penalties from the organization’s committee on infractions, according to a document obtained Wednesday by Auburn Undercover.  Former Assistant Coach Chuck Person pleaded guilty to six bribery and fraud charges.

With a real uncertainty surrounding the future of the program and the penalties that it will face in the coming years, this could have a massive impact on recruiting for the school.  Will Devan Cambridge, a rising recruit with a long list of attractive offers from other schools, including West Virginia, ultimately stay with Auburn through penalties from the NCAA?  It seems unlikely.

Cambridge had West Virginia at the very top of his list prior to his commitment to Auburn and WVU could be back in the mix following today’s news out of Auburn.  Stay tuned to this developing story.