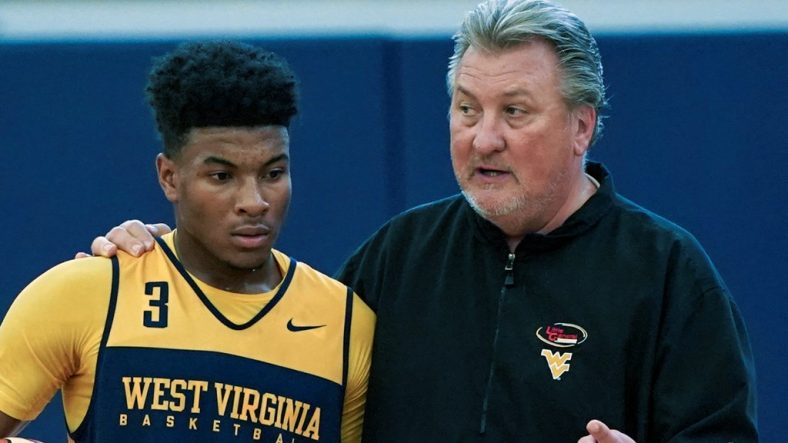 Much ado was made about Bob Huggins landing Oscar Tshiebwe, the first McDonald’s All-American of his run at West Virginia. And rightfully so. He’s certainly going to step in and contribute right away. But Miles “Deuce” McBride is creating a buzz all across college basketball.

If you don’t believe me, just do a quick search of Twitter for “Miles McBride.”

MCBRIDE-TO-BE ?@deucemcb11 is already turning heads with his defense & intensity in the Mountaineers preseason. pic.twitter.com/YF5Z3rRggj

If you watched the games WVU played over the summer in Spain, it was easy to notice that as someone just months ago from graduating high school, Deuce is a man. He came in with a body that is ready to contribute in the Bob Huggins system. He gets after it on defense. Also, he’s very solid with the ball and has a beautiful stroke from deep.

Fran Fraschilla has taken notice of the freshman guard. A recurring theme is that McBride gets it done on both ends of the court.

The @WVUhoops staff has been raving about 6-2 freshman guard from Cincinnati Moeller, @deucemcb11 for weeks. Now I get it. He has an “it factor,” winning DNA & plays both ends of court. He’ll help immediately.

Highly placed spies in Morgantown are bullish on West Virginia freshman Miles McBride. Will be in the mix for significant minutes at point guard.

Despite coming off a tough season, Mountaineer fans are fired up about the squad Bob Huggins is going to put on the court for the upcoming season.

You can get your first glimpse of the team Friday night at the WVU Coliseum.

Who's ready for some @WVUhoops? The season tips off this Friday at the #WVU Coliseum! #HailWV pic.twitter.com/qNRCwO6m0E

Basketball season is here. You can’t hold Bob Huggins down for long.