Defensive Coordinator Tony Gibson: ‘Dana Should Probably Fire Me After That’ – VIDEO 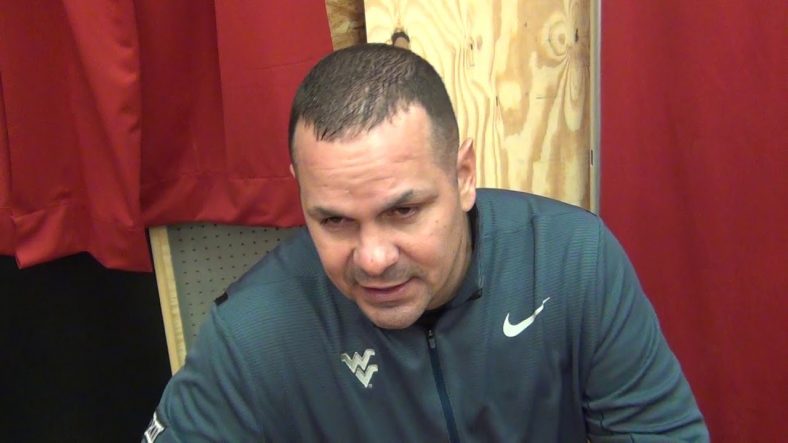 The Oklahoma Sooners had no issue picking apart the Mountaineer defense. It was so bad defensive coordinator Tony Gibson is wearing it. It doesn’t make the effort any better, but it’s assuring to see a coach take his fair share of the blame in a disastrous performance like that.

“Dana [Holgorsen] should probably fire me after that,” Gibson said after the game.

Gibson’s press conference after the game lasted a grand total of 12 seconds. You can watch all 12 seconds of it here.

Here is the transcript of Gibson’s entire press conference:

“Obviously we all saw that. Defensively, we sucked up front, we sucked at linebacker, we sucked at DB. Dana should probably fire me after that. That’s all I’ve got.”

The Mountaineers gave up a staggering 646 yards, including 333 yards passing and 313 rushing.

Coach Dana Holgorsen didn’t make too big of a deal about the defensive effort by the Mountaineers. He mentioned how impressive the Sooners offense was and also talked about how the offensive struggles by West Virginia affected the defense.

“I’ve been around football for  25 years and offensively, I’ve never seen a team like that,” Holgorsen said. “We’ve played good defense around here and I don’t want to be too down on them. It had something to do with the offense we played.”

So what do you think? Should this be the end of the line for West Virginia defensive coordinator Tony Gibson?