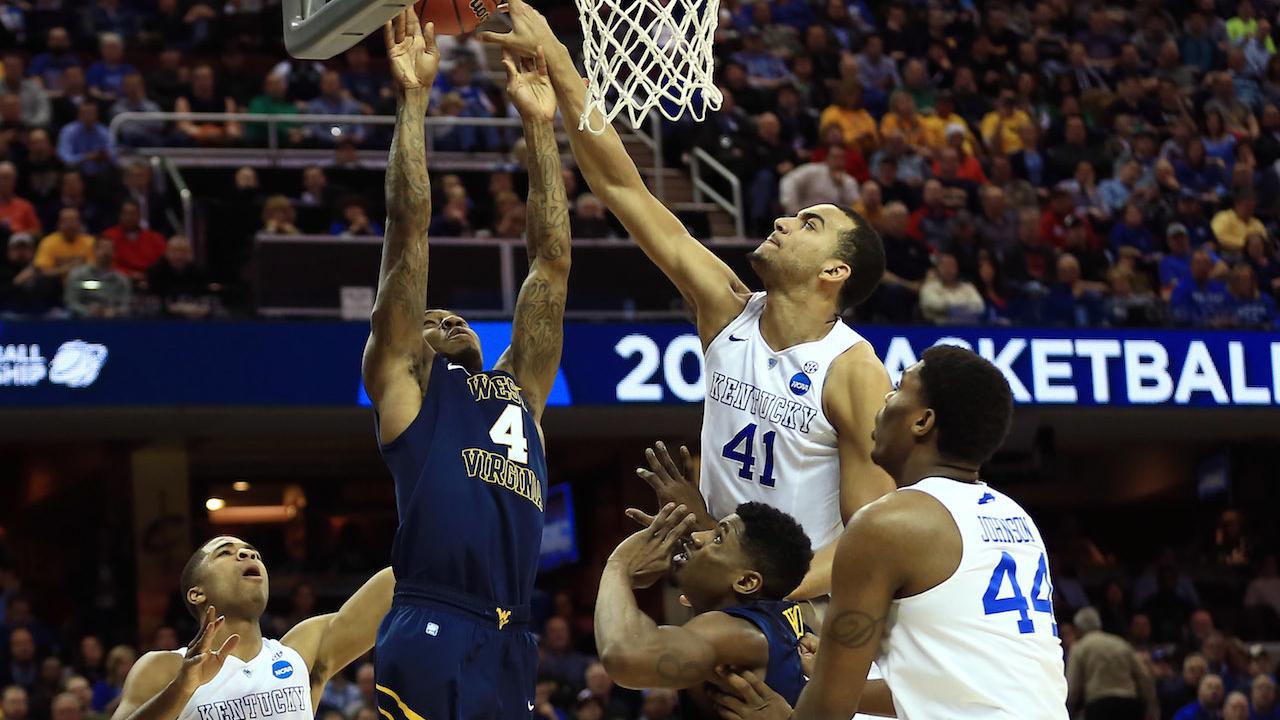 It was a moment he’ll never forget. Leading up to the Sweet 16 game against Kentucky, WVU freshman Daxter Miles said, “[I] salute them to getting to 36-0. But tomorrow they’re gonna be 36-1.” We all know how that ended.

In case you don’t know how that story ended, Daxter Miles was very, very wrong. Kentucky got to 37-0 by destroying the Mountaineers by 39 points. It was 44-18 at halftime.

To make matters worse, Miles did not score a single point.

So what did Miles do after the game? He did what any kid who made a mistake might do. He hid.

When a media member approached one of his teammates for an interview in the small hallway leading to the bathroom, Miles Jr. then dipped into the handicap lavatory and closed the door behind him, his frizzy hair peeking above the tall stall.

When Miles came out of hiding, he did his best to answer the barrage of questions. Eventually he became frustrated and kept repeating “they played great” as a response. About ten times.

Daxter Miles Jr. Is responding to every question in WVU locker room with “They played great.” Said it 10 times.

That’s okay Dax. Almost everyone got crushed by Kentucky that year. Though they did lose in the Final Four to Wisconsin who then lost in the national championship game to Duke.

Chalk that up as a freshman mistake. Live and learn. Miles has learned a lot in his four years at West Virginia. And in his senior season he gets the chance to avenge the brutal loss the Mountaineers suffered against Kentucky in the Sweet 16 when him and Jevon Carter were freshmen.

Will Miles make a similar mistake and call out the Wildcats? After all, this time the Mountaineers are favored against an unranked Kentucky team. WVU comes into the game ranked No. 7.

Don’t count on a similar prediction from Miles this time around. Lesson learned. Unless he wants to feel the wrath of his coach like never before. If you don’t believe take a look at Bob Huggins during the beatdown the Mountaineers suffered at the hands of Kentucky.

Instead the Mountaineers will be focused on the task at hand and be looking for revenge in Morgantown.

Payback in Morgantown Saturday? Last time Daxter Miles, Jr & Jevon Carter saw Kentucky as freshmen in Sweet 16, it was not pretty. WVU Coliseum will be rockin’.

Miles heads into this game in a serious shooting slump. In his last six games he is 17-for-56 from the field, including 6-for-31 from three. Perhaps he was looking ahead in hopes of settling the score from Kentucky. Either way, the Mountaineers will need better play from their senior guard Saturday night.