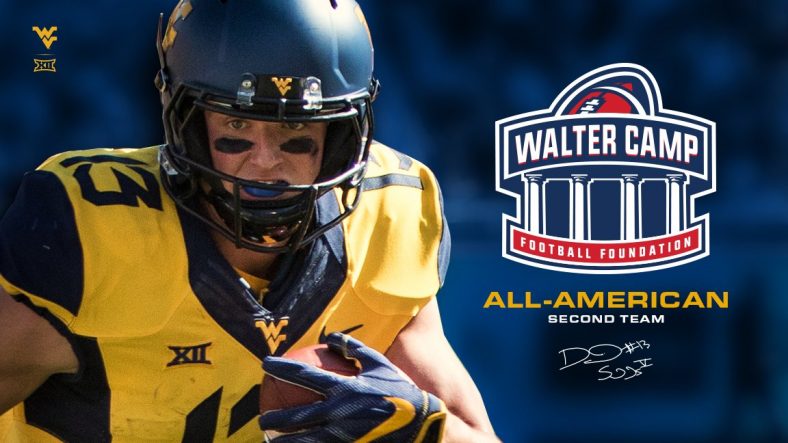 The Mountaineer receiver was joined by Steve Ishmael of Syracuse on the second team.

Sills led the country in touchdown catches with 18. He ranked seventh in the Big 12 in both catches and yards. Him and Will Grier formed one of the best quarterback-receiver duos in the country.

David Sills V has been named to the @WalterCampFF All-American team.

It was a strong year for receivers in the Big 12. James Washington from Oklahoma State was named to the Walter Camp first team All-American team. Washington also finished ahead of Sills in the race for the Biletnikoff Award.

Mountaineer fans know how much a weapon Sills has been this year, particularly when Will Grier is at quarterback. Everyone in Morgantown will be on pins and needles waiting to see if the star quarterback and receiver return for their senior seasons.