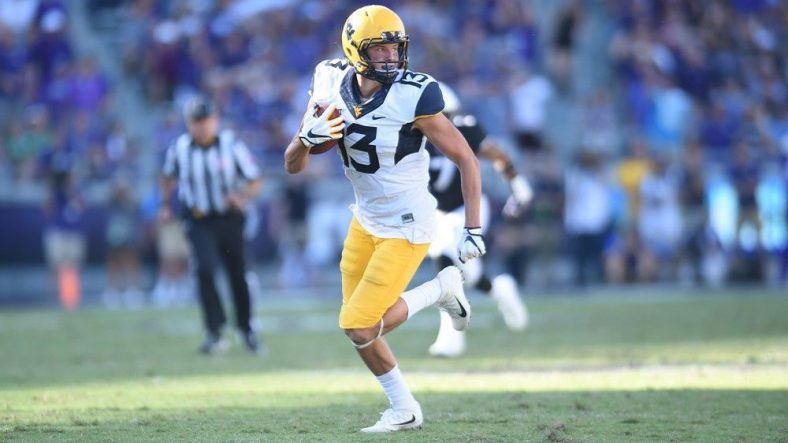 West Virginia wide receiver David Sills V was one of the 11 receivers in the nation named a semifinalist for the Biletnikoff Award.

So far this season Sills has 49 catches for 697 yards to go along with 12 touchdowns. While he’s not on the torrid touchdown pace of 2017, the converted quarterback is having another outstanding position among a great group of Mountaineer receivers.

David Sills V is once again a semifinalist for the @biletnikoffawrd. He needs YOUR help in the fan vote! ?

David Sills needs your help in the fan vote!

Saturday Sills and the Mountaineers get a chance to further his Biletnikoff Award resume in Stillwater, when West Virginia takes on Oklahoma State.

Oklahoma State is coming off of a 1-point loss on the road against the Oklahoma Sooners. Coach Mike Gundy went for the win with a two-point conversion, but the team came up short and suffered defeat. Maybe that’s because they don’t have a certain #7 at quarterback?

In case you were wondering what a successful two-point conversion looks like, you are in luck. We have exactly what you need. It even has Will Grier’s thoughts on the play.

? Heisman Trophy candidate Will Grier takes us in the film room and explains his thought process during the winning 2-point conversion at Texas. pic.twitter.com/FTnxNl90L8

It’s not going to be easy in Stillwater, but these are the games you have to win if you are looking to get that first Big 12 Championship. While the Cowboys come into this game with a 5-5 record, this is their final game of the season and they will be fired up for this one.