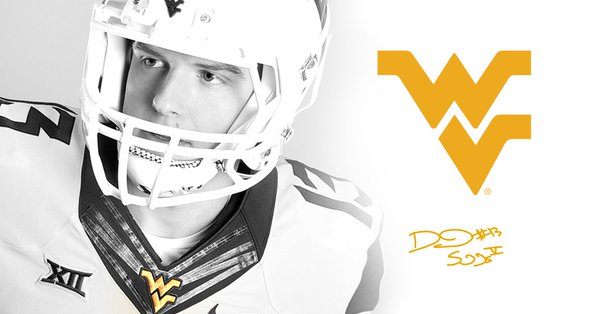 In a much awaited decision, Mountaineer All-American receiver David Sills V has announced that he will return for his senior season in 2018.

“After talking with my family and my coaches and taking time in prayer, I have decided to return for my senior season at West Virginia University,” Sills said, per 247Sports. “I look forward to our bowl game, and having another year with my teammates here in Morgantown. It is important to me to finish what I started in the classroom and help our program win a Big 12 championship. WVU holds a special place in my heart, and I am looking forward to seeing what this team can accomplish next year.”

David Sills decides to stay for his senior season.

"I look forward to our bowl game, and having another year with my teammates here in Morgantown…WVU holds a special place in my heart, and I am looking forward to seeing what this team can accomplish next year." @DS5_

Sills had an incredible junior season. He finished as a Biletnikoff Award finalist and was named to 10 different All-American teams, including four of the four of the five that make up the consensus team.

“David proved this year that he can be one of the best receivers in college football,” WVU coach Dana Holgorsen said. “Another season will help him improve in all areas, and I know our fans will be excited to see him team up with Will Grier for another year.”

Sills led the nation in touchdown catches with 18. Additional to that he had 60 receptions for 980 yards and that included an average of 16.3 yards per reception. His longest catch on the year was 75 yards.

With David Sills and Will Grier both returning for their senior seasons, the Mountaineer offense will have some high expectation. Here is to hoping the Mountaineers can get over the hump and contend for a Big 12 title in 2018.