David Long Jr. Drafted by the Tennessee Titans in the 6th Round, No. 188 Overall 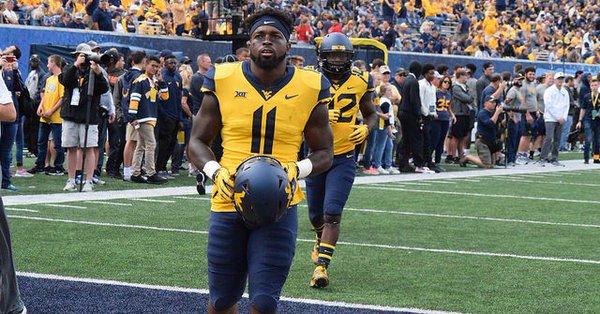 Mountaineer linebacker David Long Jr. was selected with the No. 188 overall selection in the round 6th round by the Tennessee Titans.

The big play linebacker left WVU with one year of eligibility remaining. The only thing keeping him from going higher in the draft was a couple inches of height.

During the 2018 season Long had 70 solo tackles, six sacks , forced fumbles and 4 passes defensed. His standout game of the season came against TCU when he had five solo tackles and three sacks.

David Long Jr. was a key part of the Mountaineer defense during his three seasons in a Mountaineer uniform. Good luck with the Tennessee Titans, David!