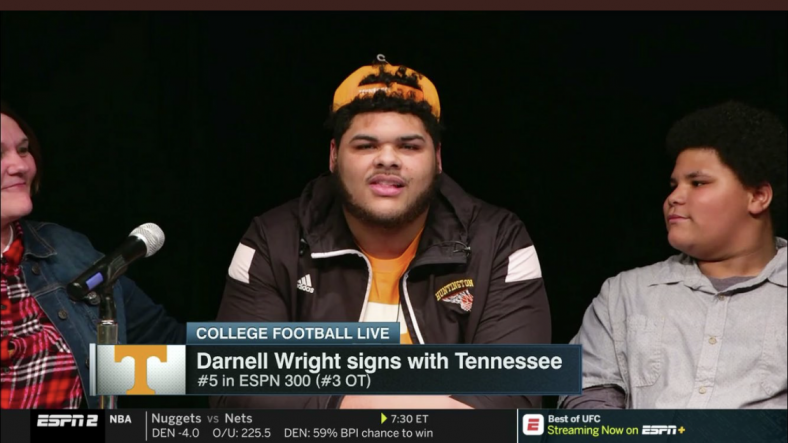 Darnell Wright, a 5 star offensive tackle and the most highly-ranked football prospect from West Virginia in the past decade, chose the Tennessee Volunteers today over West Virginia, Alabama and North Carolina.  Despite Coach Neal Brown’s late push to add him, Wright ultimately made his decision to attend Tennessee today on ESPN’s College Football Live.

Wright joins four-star linebacker, Henry To’oto’o, to round out an outstanding class that was already ranked #14 in the nation prior to the former Huntington High School offensive tackle signing.

Wright said that academics at Tennessee and  his relationship with the coaches played a big part in his decision.

Good luck, Darnell, and make the state of West Virginia proud down in Knoxville.