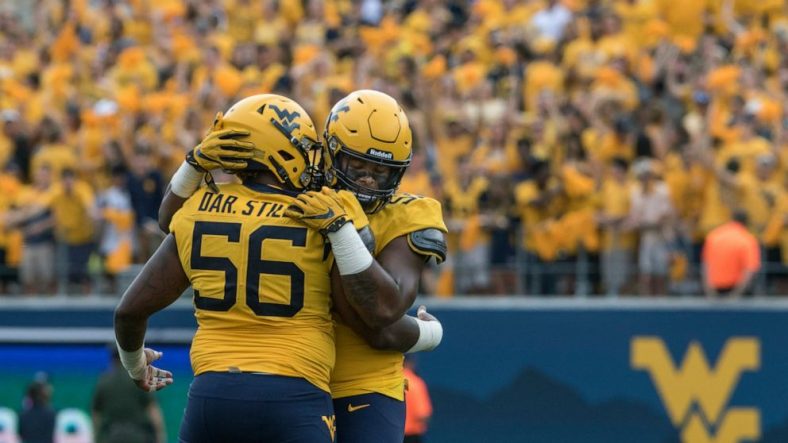 With Mountaineer Nation anxiously awaiting, WVU defensive lineman Darius Stills weighed his options for the 2020 NFL Draft. After a junior season which saw him improve leaps and bounds, the older Stills brother is seen as a big-time NFL prospect.

After racking up seven sacks during his junior season, it would be understandable if Darius took his time to decide on his NFL future. He couldn’t wait to make his intentions known. Darius Stills took to Twitter to make an announcement regarding his plans for the future.

Mountaineer fans get one more year of seeing Darius and Dante Stills wreaking havoc on offenses in the Big 12. The improvements the Mountaineer defense made during defensive coordinator Vic Koenning’s first season in Morgantown were remarkable. With the experience gained by this young defense, the sky is limit for the 2020 season.

WVU fans were fully behind Darius either way, but are undoubtedly happy to see him back in Morgantown for one more season.

One more season of these two meet at the quarterback in Mountaineer uniforms. It’s going to be fun to watch this defense in 2020.