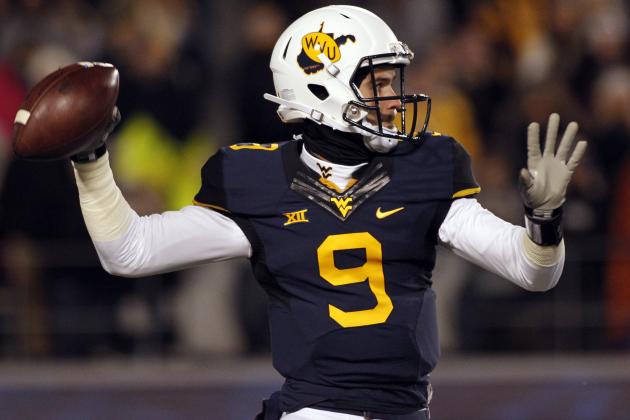 Say what you want about Clint Trickett, but he gave everything he had while leading the Mountaineer offense. Obviously Trickett and Holgorsen formed a strong bond while they were together in Morgantown. When you form that kind of bond you are able to say things like this. Dana Holgorsen trolls Clint Trickett on Tuesday and it was pretty darn funny.

Asked if he ever had a QB that could play LB like Iowa State's Lanning… "(thinking)… It sure wouldn't be Clint."

Holgorsen asked which of his QBs could play like Lanning from Iowa State. "It's not Clint (Trickett)." Laughs then says Skyler Howard could.

What brought this on was a question about whether or not Holgorsen has had a quarterback that could play linebacker like Joel Lanning could. The reply was that Clint Trickett would not be that guy. He did admit that Skyler Howard could potentially do it.

Lanning is a very unique players. In the offseason he changed positions and has transitioned into a star for the Cyclones. Howard did have a toughness most quarterbacks most lack. Former quarterback David Sills has switched from quarterback to being one of the best receivers in the nation, which is also extremely rare.

Trickett was a solid quarterback. While there’s no question he was a legitimate college foootball quarterback, there is no way he could play linebacker. That’s no knock on Trickett, this could be said about most quarterbacks in college football. Holgorsen wasn’t ripping on him, just having a little fun at his expense. And let’s be real. It’s nothing Clint Trickett isn’t aware of. He lacks the size and athleticism to play linebacker at the collegiate level.