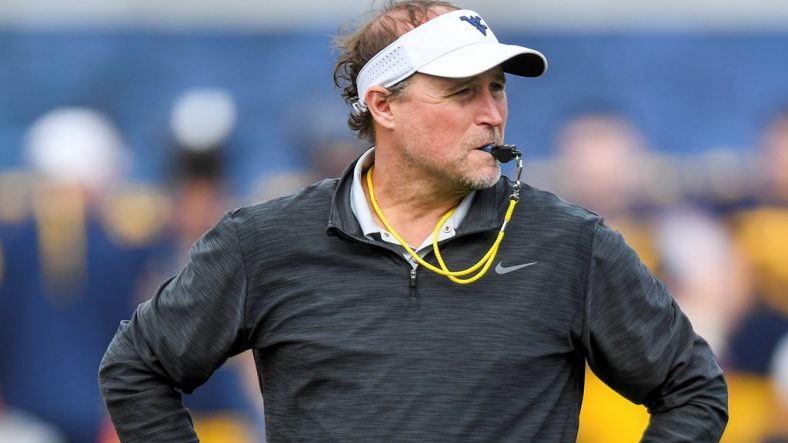 Speculations has been running rampant after some sources in Lubbock claim Dana Holgorsen wanted the Texas Tech job. Now Dana Holgorsen tells athletic director Shane Lyons he wants to be in Morgantown.

Shane Lyons took to Twitter to clear the air:

“I am not going into detail regarding various reports in the media. However, what I will say is that Coach Holgorsen and I have had great conversations this week, and he has made it very cleat to me that he wants to be the head football coach at West Virginia University. He and his staff are currently out recruiting for the future of our program. I want hi here at WVU and intend to keep working with him and his staff to improve and bring a Big 12 Championship to Morgantown.”

Up until this tweet Lyons had not spoke with Holgorsen since Wednesday evening, but he was still not worried about the situation.

When asked about the report that stated Holgorsen wanted the Texas Tech job, but couldn’t get an interview, Lyons doubted that.

Holgorsen has been the Mountaineer coach for eight seasons and has led them to a 61-40 record. He currently is two years into a five year extension. His base salary is $3.6 million and by 2021 it will climb to $4.0 million.