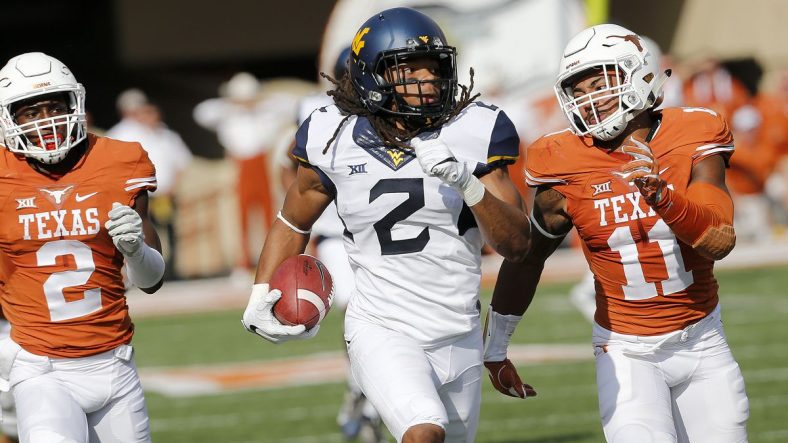 Ka’Raun and Kyzir White are seniors. Ka’Raun is second on the team with 907 receiving yards to go with ten touchdowns. Kyzir is a safety who leads the team in interceptions and ranks second in tackles. Former first round pick Kevin White in in the NFL with the Chicago Bears. The “White Era” is nearly over at WVU. It’s a sad day. Or is it? Dana Holgorsen says the “White Era” isn’t over yet.

According to reports, there are more Whites that are ready to come to WVU.

Holgorsen on #WVU senior day for Ka'Raun and Kyzir: "This is the end of the White Era, and that's sad. But their dad says there's cousins coming. That should get everyone fired up."

So the White family could keep playing football for the Mountaineers for years to come. That said, Kyzir and Ka’Raun still have work to do. They get to take on the Longhorns in Morgantown Saturday and then the regular season will end with a showdown in Norman, Oklahoma against the Sooners. There is a great chance Ka’Raun and Kyzir both join their older brother Kevin in the NFL and continue to represent the Mountaineer family.

That would be a great way to end the brothers’ portion of the “White Era” on the Mountaineers.