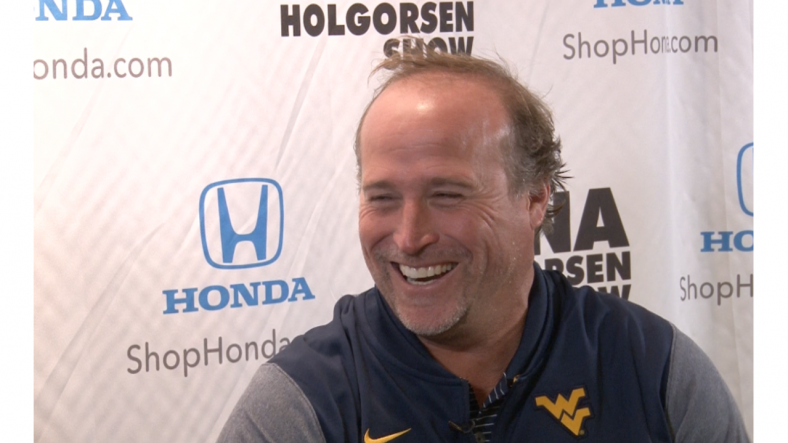 Most college football coaches don’t want to provide bulletin board material for their opponent. Well, Dana Holgorsen isn’t most coaches.

Holgorsen’s ninth-ranked Mountaineers are set to take on Kansas Saturday. The Jayhawks have already won two games this season, which is a massive accomplishment for them. Despite this, it is pretty clear that Dana does not have much respect for their accomplishments.

During an interview on Tuesday, Holgorsen was asked for his thoughts on going up against a defense that has eight different players with interceptions. His four word response managed to burn both Kansas and Rutgers:

During the Jayhawks’ epic win over the Scarlet Knights, they were able to make three interceptions with three different players. The battle of conference doormats resulted in a 55-14 win for Kansas.

Though Kansas has improved when compared to years past, West Virginia should still have no problem taking Kansas down.

The game is set for a noon kickoff in Morgantown on Saturday. It will be televised by ESPN2. West Virginia opened up as 25-point favorites, but have since moved up to 28.5 point favorites. The total for the game currently sits at 61.5.