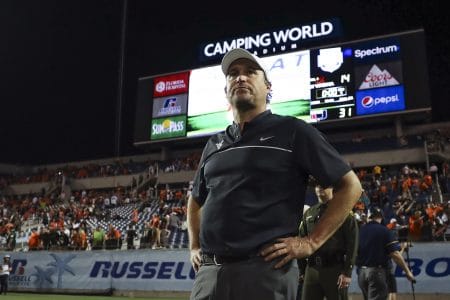 Recruiting is what separates the men from the men from the boys in college football. Gameplanning, schemes, and managing the game are all very important, but if you can’t recruit then you can’t get to the next level. Since arriving at West Virginia, West Virginia coach Dana Holgorsen has averaged in the mid-30s for his recruiting rankings from Rivals and 247Sports. Last year Holgorsen’s recruiting class was ranked in the 50’s. Some attribute that to his contract extension getting delayed until later in the season. It was the worst recruiting class of the Holgorsen era.

This year things have turned around. According to Rivals.com, this could be the greatest recruiting class in WVU history.

Unfortunately even though top recruits are coming in, they are no sure thing. We’ve all heard the names William Crest, Tyrek Cole, and Jovon Durante. It also may have been a while since you’ve heard these names.

These classes forced West Virginia to rely on JUCO transfers. While these are helpful in building a program, in order to get to the top you need production out of your 4-5 year college players.

The 2018 class includes four star players Dante Stills and Kwantel Raines, who have a great chance of coming in and immediately become impact players on defense. Also Holgorsen was able to land bigger offensive lineman with Oyenmwen Uzebu and Blaine Scott. Also he was able to land a massive nose tackle in James Gmitmer who can clog up the middle in the 3-3-5 at over 300 pounds.

Last year’s 10-win season helped West Virginia get this class. With Will Grier and most of the offense coming back, the Mountaineers have a chance to put together another 10-win season and help land the type of talent in the 2020 class that can take the Mountaineers to the next level and contend for Big 12 titles.