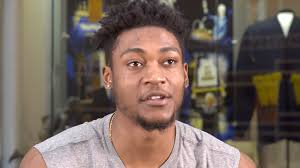 Derek Culver, the 6’10 255 pound Sophomore, was a dominant force as a Freshman last year.  Culver averaged 11.5 and 9.9 rebounds per game last season and will make up one half of the Big 12’s best big man duo with Freshman Oscar Tshiebwe.

Moments ago, Culver was named to the Kareem Abdul Jabbar Watch List by the Naismith Memorial Basketball Hall of Fame.

The only other member of the Big 12 who was named to the watch list was Kansas Center U’doka Azubuike.