Could This Legendary WVU Backcourt Reunite in Phoenix? 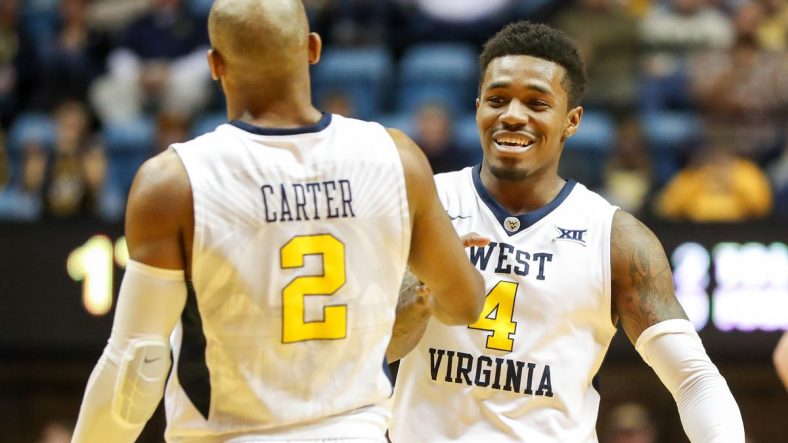 There’s no doubt about how Mountaineer fans feel about the Jevon Carter and Daxter Miles Jr. era in Morgantown. The legendary backcourt started for four years and had incredible success. In the four years they made the NCAA Tournament all four times and made the Sweet 16 three times.

In fact, the struggles of this past season for the West Virginia men’s basketball program put an even bigger emphasis on just how important these two young men were to the program.

While playing for West Virginia, Carter won National and Big 12 Defensive Player of the Year awards. He was the ultimate team player. When JC headed to the bench the team immediately suffered. As a matter of fact, he barely left the court as a senior, averaging 35.5 points per game. His improvement from his freshman to senior year was incredible. The “Treadmill Mentality” is something that lives on at WVU to this day.

In his return to the WVU Coliseum Monday night, Jevon Carter (@nextlevel_03) didn't just watch his former team. He also made a major contribution to the Norma Mae Huggins Foundation.

Daxter Miles Jr. was an incredible wingman for Carter. He was a four-year starter who brought athleticism, size, defense and the ability to get hot from deep all four years. Another thing Dax brought to the table was attitude. Who could forget when he called his shot against undefeated Kentucky as a freshman in the NCAA Tournament?

As a freshman about to take on a loaded Kentucky team, Dax showed no fear. Sure, the Mountaineers came up extremely short in this contest, but this is why Mountaineer fans love Dax. He backed down from no one.

Now it turns out that the legendary Mountaineer backcourt could be re-united in Phoenix. On July 3, Carter was traded to the Phoenix Suns. Miles spent the 2018-2019 as a part of the Northern Arizona Suns, the Phoenix Suns G-League Affiliate. He started 13 games for the G-League Suns and averaged 10.3 points per game.

So you’re saying there’s a chance?

Though the chance may be on the remote side, how incredible would it be to see JC and Dax back in action as teammates?

Last season when Carter was a part of the Memphis Grizzlies, his team traveled to Cleveland to take on the Cavaliers. Mountaineer Nation showed up in full force to show their guy love.

How many Mountaineer fans would be in Cleveland if JC and Dax were both in town as part of the Phoenix Suns?

This is something Mountaineer Sports will have their eye on.