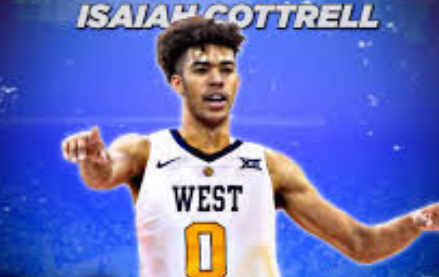 Isaiah Cottrell could be the future of West Virginia basketball.  The high school senior and future West Virginia forward is a once-in-a-lifetime talent that could be exactly what Bob Huggins needs to bring a National Championship home to West Virginia.  Cottrell, the 6’10 210 pound power forward originally from Las Vegas, Nevada, is that good.

Moments ago, Cottrell made it official by signing his national letter of intent to play for the Mountaineers next season.

We have received the national letter of intent for Isaiah Cottrell! Welcome Isaiah!https://t.co/cq1Bt7u2HK pic.twitter.com/FIZRIraRrC

Cottrell, who averaged 15.2 points, 9.3 rebounds and 4.3 blocked shots per game, was a first team selection on the All-USA Nevada basketball team according to USA Today.  He also led his team to its 8th consecutive state title this past season.  Cottrell is everything Mountaineer fans want in a player: he’s unselfish, he’s insanely gifted athletically, he rebounds, has a very high motor and most importantly he’s a winner.