Do You Consider This WVU Basketball Season A Success? – POLL 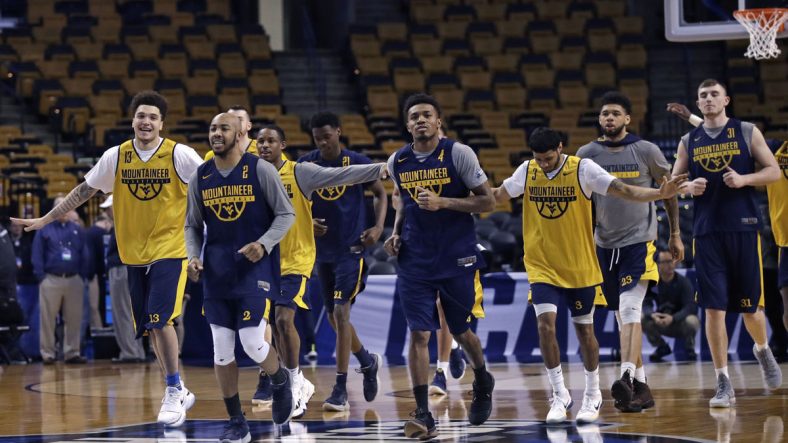 After having a full day to process things, let’s talk some hoops. This poll was started by our friends at Blue Gold Sports on WVUWire. Do you consider this WVU basketball season a success?

Do You Consider This WVU Basketball Season A Success?

Do you consider #WVU making it to the Sweet 16 a successful season?

Let’s go over some of the highs and lows of the season.

West Virginia finished the season 26-11, ending the season with a loss against national championship favorite Villanova. The Mountaineers finished the regular season finished tied for second in the Big 12 with an 11-7 record in the conference. Additionally, the Mountaineers advanced to the championship game of the Big 12 Tournament, before bowing out to Kansas for a third time this season.

In non-conference play, West Virginia was able to get wins over a Virginia team that spent a large part of the season ranked No. 1 and was the No. 1 overall seed in the NCAA Tournament, as well as a win over Missouri.

Many of West Virginia’s losses came during the middle of the season when West Virginia lost five of six games, including a blowout loss at Iowa State and a loss against Kentucky where they blew a 17-point lead. It was a massive day in Morgantown when Kentucky was in town. The College GameDay crew did a Country Roads tribute leading up to the game. It was a game that West Virginia could have and should have won.

The worst loss of the season was probably the home loss to Oklahoma State. This is only because home losses are deemed much worse than a loss on the road.

This is a team that soared to a No. 2 ranking early in the year and had national title aspirations. Obviously the Mountaineers fell short of that goal, but they were able to reach the Sweet 16, which is more more than many programs can say.

Disappointment is a harsh word, but when you look at the potential this team flashed throughout the year, the sights had to be set higher than Sweet 16. So our official verdict is, no, this WVU basketball season was not a success. There’s no shame in losing to Villanova in the NCAA Tournament, but West Virginia only had to defeat Murray State and Marshall to get there.

So who’s up next? Incoming freshman Jordan McCabe hopes to replace Daxter Miles Jr. and Jevon Carter and start the next run of great guard play at West Virginia.