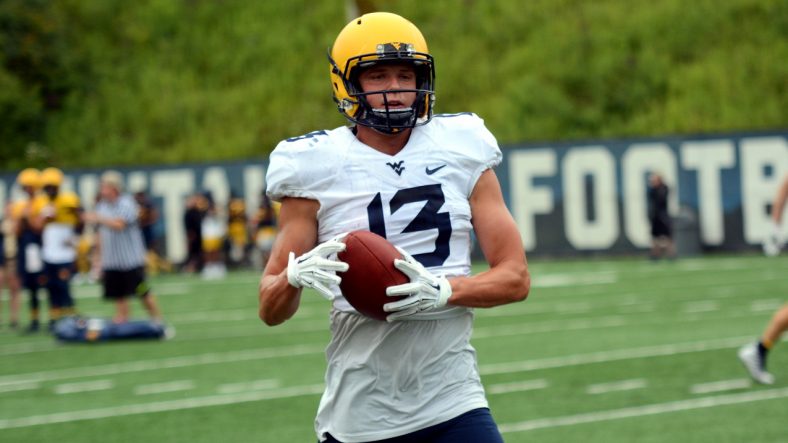 This is not your average season opener. On a Sunday night against a ranked team in an NFL stadium. That said, the confident Mountaineers are amped up and ready.

The Mountaineers are fired up and can’t wait to take on the Hokies.

“Everybody knows how serious this game is and what it means to this program,” cornerback Mike Daniels said on Tuesday. “Everybody just wants to go out and dominate. We have the confidence. We’re not worried at all.”

The battle between the No. 22 Mountaineers and No. 21 Hokies is slated to kick off at 7:30 p.m. Sunday at the home of the Washington Redskins, FedEx Field.

“We have a huge stage that we’re playing on,” Sills said. “It’s a pretty big-time game. It’s bringing back an old rivalry.

“We’ve kind of just been seeing the videos of past occurrences between Virginia Tech and [WVU]. We obviously know they have the Black Diamond Trophy, which we want to get back, so that’s one thing that we’re also playing for.

“It’s on prime-time on Sunday night on Labor Day weekend, that’s also another thing to get motivated for.”

Coach Dana Holgorsen is hopeful his players will be able to keep their emotions in check during this rivalry game on Sunday.

David Sills has no shortage of confidence.

“We have the talent to do it,” Sills said. “The only thing that can hold us back is ourselves.”

The Mountaineers are very excited about playing at the Redskins’ stadium, even though they played BYU in the third game of last season. They defeated BYU 35 – 32.

Coming off a 10 win season, WVU has 8 starters returning on offense and 8 on defense. On top of that the team looks for former Florida Gators quarterback  to make a big difference on offense.