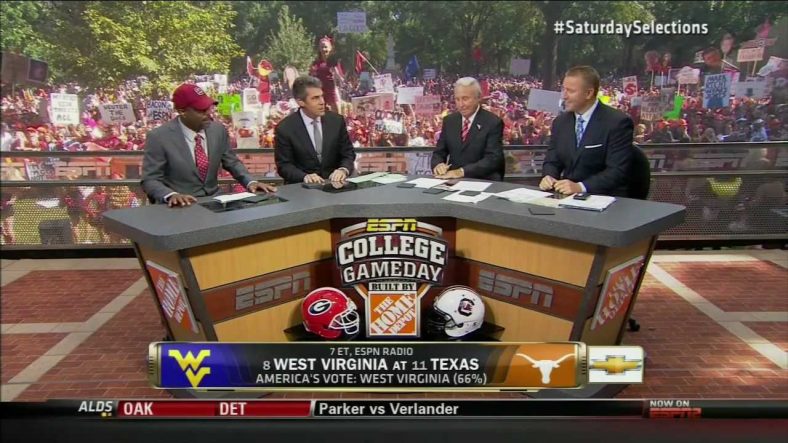 For the second time this season a College Gameday will be on location for a game involving a Big 12 team. College Gameday week 6 location has been revealed. They’re heading to Fort Worth, Texas for the matchup between TCU (4-0) and West Virginia (3-1).

You ready, Fort Worth?

TCU and WVU should be charged up and ready to roll as both are coming off a bye week. Both teams are 1-0 in the conference so if either team hopes to contend for the Big 12 title, winning here is a good way to get going down that path.

West Virginia’s last game was a very uninspiring performance against Kansas. The Mountaineers were able to pull away late for a 56-34 win over the lowly Jayhawks. Khalil Herbert was able to pile up 291 yards rushing for Kansas in the loss.

In their last contest the TCU Horned Frogs rolled into Stillwater and put a beatdown on the Oklahoma State Cowboys who were then ranked 6th in the country. TCU’s defense wreaked havoc on the Cowboys, causing 4 turnovers.

The game will be televised on FS1 and kickoff is set for 3:30 PM EST.