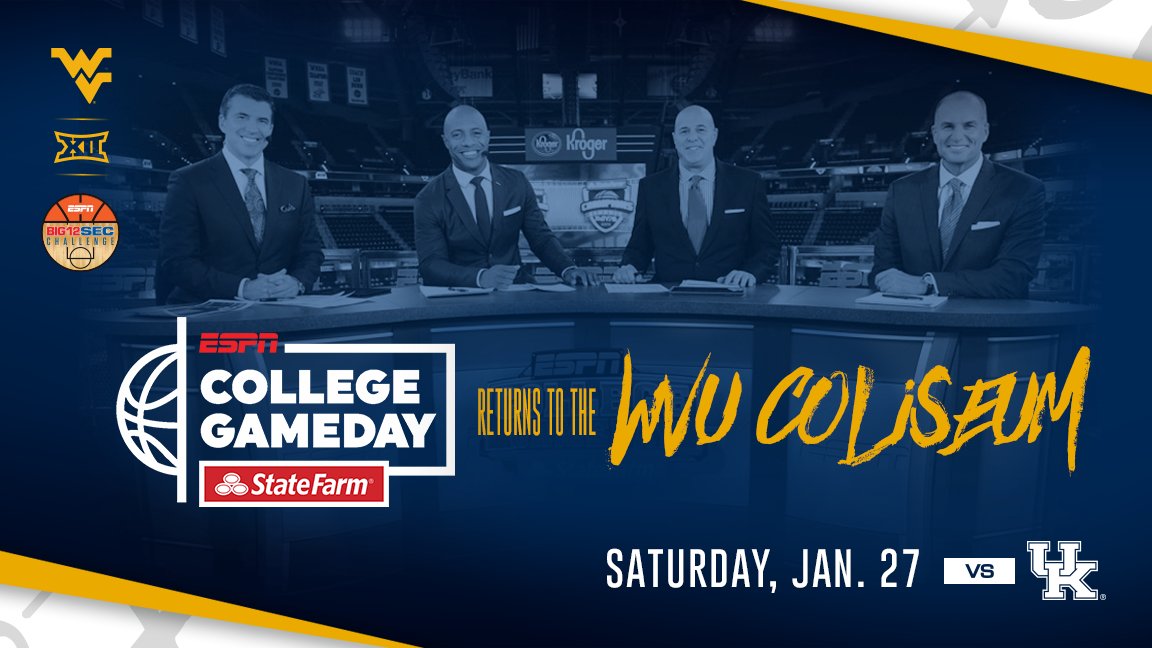 For the second time in Mountaineer history, ESPN College GameDay comes to Morgantown. The other time GameDay came to Morgantown was way back in 2009 when Rick Pitino and his No. 6 Louisville Cardinals visited the Coliseum. The Mountaineers lost by a final score of 62-59 to the Cardinals. The attendance for that night was 13,089. Why is the attendance important? Seth Greenberg took to Twitter to call out Mountaineer fans.

The Mountaineers are facing off against the unranked Kentucky Wildcats. Though Huggins and Kentucky coach John Calipari are rivals on the court, the two certainly have a special bond. Back in 2002 when Huggins had a heart attack, John Calipari was one of the first people outside of Huggins’ family to spend time with Huggins after his heart attack in Pittsburgh.

The paramedic who treated Huggins initially in Pittsburgh was related to Calipari.

“When I woke up, he (the paramedic) put his hand on my shoulder. He said, ‘coach, I’m Cal’s cousin … We’’re not going to let you die until he beats you at least once,’” Huggins said. “I mean, I know I’m not doing very well.”

At that point Huggins was the proud owner of a 5-0 record against Coach Cal. The following season Memphis took down Cincinnati.

The game is part of the Big 12-SEC Challenge. It’s an annual event and 10 teams from the SEC take on all 10 Big 12 teams. Heading into this challenge there are six ranked teams in the Big 12 and three teams ranked in the SEC.

ICYMI, here are some of the details for ESPN’s College GameDay on Saturday.

– Gates open at 9:30 a.m.
– Admission is free
– Parking is free
– Show is from 11-12
– PRT and shuttles will be running.https://t.co/qJEmxdHQRn pic.twitter.com/VYuPxvLEEq

ESPN College GameDay will be hosted by Rece Davis. He will be teaming up with analysts Jay Bilas, Seth Greenberg and Jay Williams. Bilas has made it known he is fired up for this.

Hey Moutaineers. You getting ready for @CollegeGameDay You are on the clock. @CoachHuggs will have his guys ready. Are you going to set the standard for the season and Pack the Coliseum? We expect to see you there early for the show. @WVUhoops

Bilas will team up with Dan Shulman and reporter Maria Taylor to call the game.

You probably don’t need anymore reason to get fired up for this game, but if you do, check out this video narrated by Huggs.

Way Too Early Heisman Odds Include Will Grier
Bracketology Update: How Far Have The Mountaineers Fallen?