Coach Dana Holgorsen on Will Grier: ‘He Acts Like He’s 35’ 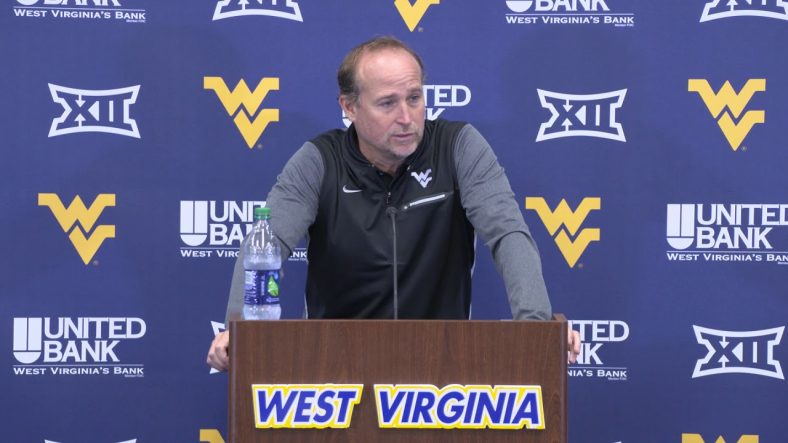 Coach Dana Holgorsen is blown away by the maturity of his quarterback. He might be 22, but he said Grier “acts like he’s 35” while on College Sports Now on Tuesday. The Mountaineer junior quarterback has really made an impression on the WVU head coach with not only his maturity but also his football IQ.

"He acts like he's 35. Very mature. And his football knowledge is awesome. It's fun to watch film with him."@Holgorsendana on @willgrier_ pic.twitter.com/MqoS80qhmN

Dana Holgorsen was very high on Will Grier coming into this season. It’s pretty easy to see why at this point. His talent has helped pushed the Mountaineer offense to the next level.

Normally when a player is 22 years old, that means they are in their last year of eligibility. The case is different for Grier. This is due to having to sit out a year for a suspension due to taking a banned substance. Also contributing to his maturity is that he is married with a child. Not to mention he was a starting quarterback in the SEC for the Florida Gators. Many things factor in to what makes Grier such an experienced, savvy quarterback.

Check out Dana Holgorsen’s weekly press conference that went down at 1 p.m. on Tuesday.

Will Grier and the Mountaineers have a big challenge coming this Saturday. WVU invades Fort Worth to take on a tough TCU defense. The game will be kicking off at 3:30 PM EST on Saturday and will be televised by FS1.