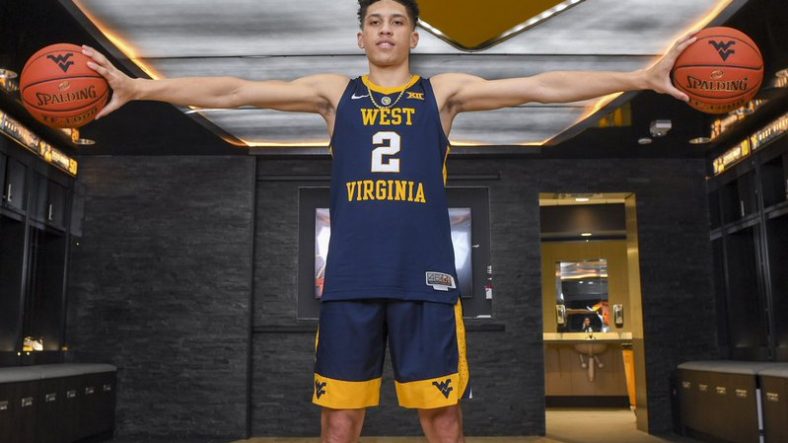 Clarence Nadolny, the 6’3 190 combo guard out of Scotland, Pennsylvania, will make his college choice today at noon.  “Frenchy”  will decide between WVU, Iowa State and Texas Tech.

Not only would he be a key addition for the West Virginia basketball team, his commitment would mean WVU wouldn’t have to compete against this massive talent.  He visited Morgantown from April 19-20, Ames, Iowa April 20-22 and finally Lubbock, Texas April 22-24.

There has been no indication as to which team Nadolny might choose or what he’s looking for in a future team, but his toughness and work ethic would certainly be welcomed on Bob Huggins’ team next season.  Stay tuned to Mountaineer Sports at noon today immediately following his announcement.