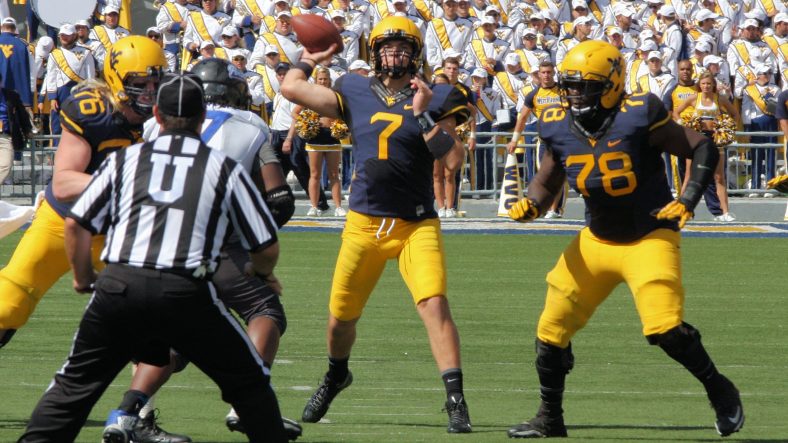 We knew there wouldn’t be 5 quarterbacks on the roster next fall, but this certainly wasn’t what anyone thought would happen.

A two-game starter in 2013 before a torn pectoral muscle shelved him for the season’s final eight weeks, the 6-foot-5 Childress possesses a big-time arm that made him one of the nation’s top-rated pro style quarterbacks coming out of high school. The rising sophomore could have made his case for the Mountaineers starting job during spring drills, especially with incumbent Clint Trickett slated to undergo surgery this week to remedy a torn labrum.

With Trickett reportedly facing up to a six-month rehab, West Virginia could begin spring drills with only two healthy quarterbacks—senior Paul Millard and junior college signee Skylar Howard. (In a curious connection, both hail from the Dallas/Fort Worth metroplex and neither held an FBS offer coming out of high school.)